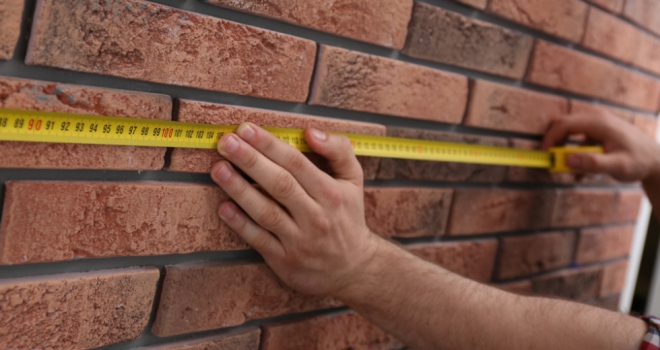 With more of us now working from home than ever before, the desire for bigger homes and more space has never been greater. However, over the last five years, the average cost of a square foot in Britain's properties has risen by 28%, climbing to its current value of £293.

According to the latest research from Churchill Home Insurance, those looking to get more value for their money should head to the North East where the cost of a square foot currently stands at £159 – the lowest in Britain and almost half the national average. This is followed by Wales (£169/ft2) and Yorkshire and the Humber (£189/ft2).

When broken down by postcode, DL17 in Darlington, County Durham is the area buyers can get most for their money with an average cost of just £58/ft2. TS1 in Middlesbrough is next costing £62/ft2 followed by DL4 in Shildon at £68/ft2.

Table one:  Top five least and most expensive postcodes by cost per ft2

It’s not surprising, therefore, that London is the most expensive region, where the average cost per square foot is a staggering £669. The capital also suffers from having the smallest properties (at 870ft2) with the lowest average number of bedrooms per property. On top of that, London has the biggest affordability gap, with the average house costing 10.7 times the typical household income – significantly higher than the national average of 6.9.

Value is very much front of mind as three quarters (75%) of UK adults stated value for money being a very influential factor when looking for a new home. Having access to a larger space, such as a bigger kitchen or dining room, is also important (67%), while the desire to live in a different kind of area (56%) was another consideration.

With the recent changes to work-life and more people being able to work from home, there has been a shift away from city life, with the share of movers living in suburban areas falling from 54% to 48%, while the proportion of people living in rural areas has increased from 16% to 22%.

Steven Williams, Head of Churchill home insurance, said: “The past year has brought so many changes to our lives. One of the greatest changes is the freedom working from home offers those who normally commute from where they live, as time in an office becomes less important. It is understandable that value for money is at the top of considerations when it comes to influential factors whilst looking for a property, and it’s interesting to see which areas offer the greatest value. As someone who is based in Wales and was previously commuting to and from London, working from home has certainly added flexibility to my life and a greater appreciation of my local area.

“Our research allows people to see where opportunities to get more value are around the country. No matter where people do decide to live, we are reminding people home insurance is there to protect them and give peace of mind should anything unfortunate happen.