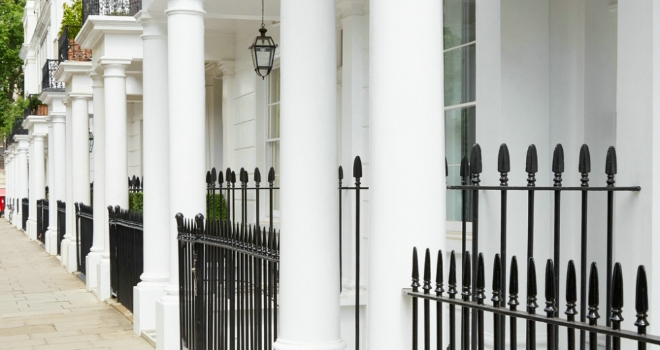 The latest data and analysis on Prime Central London's property market has confirmed a second quarter of price rises in both the sales and lettings market. Whilst growth is marginal, it represents longer term confidence in the Prime Central London market.

According to JLL's data, the Prime Central London sales market has continued to show signs of stabilisation in Q2 2018. In the sub £2m price bracket, prices increased by 0.2% on average during Q2, while in the £2m-5m range, they rose 0.4%.

Prices across Prime Central London rose by on average, 0.1% in Q2. Whilst this is not a huge rise, Q2 was the second consecutive quarterly increase, and the first time this has happened in more than four years.

Richard Barber, Director at JLL, comments: “Our report demonstrates an increase in confidence in the Prime Central London market, but Brexit, the prospect of a Labour government and punitive stamp duty still has its impact. That said, for those with a plan of living in London more permanently, it is business as usual, and this is reflective in the type of property that is being sold - smaller homes of two-three bedrooms and flats under £5m are more popular.”

The Prime Central London lettings market has turned a corner in 2018; rents have continued to rise for a further quarter which is the first time since 2015. Across Prime Central London, average rents increased by 0.1% in Q2 2018. This follows a 0.1% rise in Q1.

Prior to this, rents had declined by 13% over two and a half years. Whilst successive quarters of positive rental growth are a step in the right direction, the number of transactions in Q2, at 1,860, was 15% lower compared with Q2 2017 and has led to a fall in the volume of transactions in the year to Q2 2018.

Although transactions are down, the lower-end of the market is outperforming in rental growth terms - the sub £600 per week one-bedroom sector, where young professionals and international students are active, is the most robust. Demand levels are good, and although there is a reasonable volume of available supply, rents are rising under the pressure of competition.

However, more expensive one and two-bedroom flats are in some cases, struggling to let.

Lucy Morton, Head of Residential Agency, comments: “Specification is key; ten years ago, a prized postcode would trump a new building, but now, more often than not, tenants would prefer a new purpose-built block with modern specification and amenities. As a result, many poorly presented properties have been on the market for some time. For landlords in this position, we would advise refurbishing their properties - not necessarily to attain a higher rent, but to secure a tenant and reduce voids.

It's particularly pertinent to do so now as Q3 is typically strong in the lettings sector thanks to students and families moving in for the September school and university term. As we head into the next quarter, we expect that transaction volumes will improve accordingly.”