How will the Brexit deal impact the UK property market?

Four-and-a-half years since the public voted to leave the European Union, the UK and EU agreed on a Brexit deal on 24th December 2020. 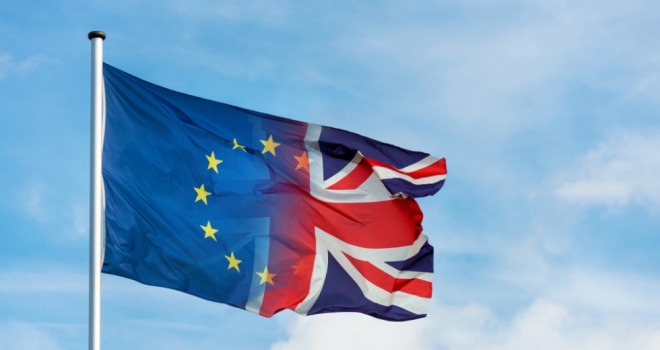 While there remain many uncertainties, and many aspects of the deal remain a work-in-progress, now is a good time for financial advisors and mortgage professionals to consider what the Brexit deal may mean for the UK property market.

In this article, I’ll consider some of the implications, for both domestic and international clients.

What does the deal mean for buyers in the UK market?

Now that the Brexit deal has been done many expect to see even greater confidence in the property market, which was already in a state of good health. Indeed, I expect the sector has breathed a sigh of relief. The eradication of the no-deal threat means that the market is no longer facing a significant disruptor, which tends to defer financial decisions - especially large ones such as buying a house.

There are, however, elements of the deal yet to be resolved. The exclusion of financial passporting rights and other measures in the deal could have repercussions for property demand, once a Memorandum of Understanding is outlined in March 2021. One possibility to bear in mind is that, if we were to see considerable migrations outwards of the financial industry towards the EU, then demand for property from high-income professionals would be impacted. Thinking about the financial services sector, areas such as Silicon Roundabout may be particularly affected, with possible knock-on effects to other parts of London too.

UK property buyers and investors should also be aware that Brexit may impact the jobs market. Data modelling from the OBR shows that unemployment under a trade deal could peak at 7.5 per cent. A faltering jobs market – which typically gives rise to a growing number of renters unable to access the property ladder – could create growing demand in the buy-to-let space but weaken demand in the sales market.

The UK housing market has yet to show any pronounced ill-effects from rising unemployment over the course of 2020 but this has, in large part, been due to Government support measures such as the furlough scheme and stamp duty holiday. Indeed, the latter has had such an impact that the chancellor is coming under pressure to extend the tax relief ahead of March’s budget announcement.

With this in mind, it’s impossible to weigh up the impact of Brexit on the housing market without considering the role the pandemic continues to play in shaping the economy; experts warn that the UK is now edging towards a double-dip recession. Meanwhile, the UK is currently under its third national lockdown - although buyers must remember that this time the housing market is permitted to remain open for business. For UK buyers looking to move or invest domestically, it is therefore still possible to proceed with purchases that were already underway or planned for 2021.

What about international buyers looking to invest in UK property?

When considering the repercussions of the Brexit deal for international buyers, there are a number of additional factors to take into account.

Firstly, potential international buyers should consider the currency markets. Despite the elimination of the threat of no-deal, the response from the pound was less pronounced than many expected. As such, the Sterling/Euro exchange rate remains relatively steady so far this year.

Secondly, the benefits of buying in the UK should be noted – particularly when considering London’s prime property market. Alongside what Knight Frank describes as the “safe haven appeal of prime London property,” international investors may also consider some of the other elements which typically contribute to London’s appeal, such as its time zone, culture and relative political stability.

With the trade deal now in place, it is therefore likely that investors who were holding off due to the risk of a no-deal Brexit will now feel ready to proceed - and yet they still face the same travel restrictions which stymied international activity throughout 2020. The coronavirus restrictions mean that it is more difficult for those based overseas to view

property and make decisions, in spite of the desire to act before a 2% Stamp Duty surcharge comes into effect for international buyers in April.

Lastly, buyers need to think about taxation. Property is generally taxed where it’s based, so rental income, capital gains and trading profits arising from UK property are likely to be subject to UK tax. Overseas buyers may also face further tax where they are a resident, but this will depend on the specifics of each transaction, so it is advisable to seek tax advice before entering into a UK property purchase.

What about British citizens looking to invest in property overseas?

For those in the UK looking to purchase second homes abroad, travel restrictions applied post-Brexit should be considered. UK citizens are still able to go on holiday or take a business trip to EU countries, but they will only be permitted to stay in the EU for 90 days in any 180-day period. If you want to stay for longer, you will need a visa. Therefore, if you are considering purchasing – or already own – a property in the EU, it will be important to weigh up the extent to which this new regulation will impact your plans.

That said, the rules are not necessarily prohibitive; being able to occupy a property in the EU for 90 out of 180 days will still take you through the summer holidays. Indeed, Savills has stated that new inquiries from Britons interested in buying abroad were up by more than 50% in 2020 compared with the previous year. Meanwhile, demand may spike for countries offering so-called golden visas, such as Portugal which offers residency permits in exchange for a property investment of 500,000 Euros.

When it comes to currency markets, a weaker pound could make overseas purchases seem more expensive. However, currency is seldom the make-or-break factor when investing in property - ultimately, they are emotive purchases.

In summary, while a Brexit deal may be good news when it comes to confidence in the UK’s property market, the wider economic landscape still holds much uncertainty. During challenging times, personal service and efficiency are essential, so it’s more important than ever to seek a financial partner who can take into account your full financial situation.