How long does it take to sell an average home in the UK? 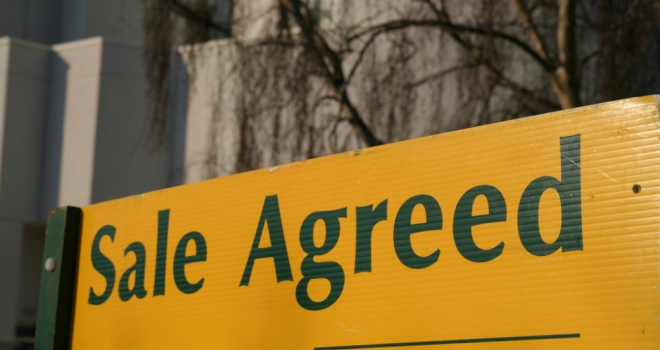 The latest research from Post Office Money and property-tech provider, Gazeal, has revealed that the time it takes to sell a home has increased by a week in the last year, with properties in Luton and Bristol seeing the median time properties spend on market increase by 20% and 19% respectively.

According to the data, most sellers get an offer in less than three months, however, as many as one in three have experienced an offer fall through within the first three weeks of receiving it.

Properties in Edinburgh and Glasgow sell fastest – an average of 39 and 48 days, with Blackpool taking the longest time, despite being the UK's most affordable location for first-time buyers.

The research found that it takes, on average, 102 days to sell a property in the UK.

The report, developed with the Centre for Economics and Business Research (Cebr), looks at the average time it takes for a property to sell in 35 major cities across the UK. Overall the amount of time sellers had to wait before receiving an offer was one week more – increasing from 96 days in 2017.

The Rate of Sale

Homeowners in Scottish cities Edinburgh and Glasgow will see their homes sell fastest in the UK, spending 39 and 48 days on the market, respectively. Glasgow's market also remains particularly competitive with the fastest house price growth of major UK cities. While properties in both cities remain relatively affordable when compared to the rest of the UK, both have also seen strong population growth which has increased demand for houses in areas with an undersupply of homes.

Properties in London and Blackpool take the longest to sell – taking on average 126 and 131 days. Despite London previously having one of the most competitive property markets, its expensive properties fuelled by years of double-digit house price growth, tend to take longer to sell. Properties over £1 million take 171 days on average to sell in the capital, whereas cheaper properties take only 99 days. Meanwhile, Blackpool sits at the other end of the spectrum; properties are extremely affordable, but it has the oldest average population and therefore, may not be benefiting from the recent rise in first-time buyer sales on the property market.

Ross Hunter, spokesperson for Post Office Money said: “Properties are taking slightly longer to sell but this doesn't mean that interest in moving up the housing ladder is waning. At Post Office, for instance, we have continued to see a rise in mortgage applications and approvals in the last year. First-time buyers have actually increased by 12% across the market in the last year alone, encouraged by the reduction made to stamp duty costs and mortgage innovation. We also know that housing supply has increased significantly – the number of homes completed in Q2 2018 was up 7% in England compared to the previous quarter, so there are more properties available to choose from for perspective buyers.”

Year-on-year changes to time spent on the market

Affordability hotspots, Belfast and Swansea, have seen the biggest fall in the time properties spend on the market – 17 and 14 days less than last year, respectively. Supply of housing is relatively low at present in Belfast, meaning there is limited availability of housing stock. Houses there are spending less time on the market before being purchased. Swansea, meanwhile, is affordable and an easily commutable distance to Cardiff, which has sustained demand there and led to a fall in time spent on the market.

Meanwhile, properties in Bristol and Luton are taking nearly 20% longer to sell – 10 and 14 days longer than last year – spending 62 and 83 days on the market. This is down to housing in both cities becoming unaffordable compared to other locations in the UK, limiting demand and causing houses to spend longer on the market. In 2017, the average cost of a house was 9.57 times the average wages paid to a worker in a year in Luton, and 10.91 times the average wages for workers in Bristol.

However, even once homeowners receive an offer, their journey to selling their home may not be over. Post Office Money have partnered with Gazeal, a property-tech provider to investigate the scale of offers that fall through once an offer has been made. Gazeal provides a system for property sales which legally binds both parties when they are ready to agree a deal.

Of all ongoing property transactions, one in six (16%) consumers experience gazumping – when a seller accepts a verbal offer on the property from one potential buyer, but then accepts a higher offer from someone else. Buyers in Sheffield most likely to be a victim of this (35%), whereas buyers in Blackpool, where there are less buyers interacting with the market, are the least likely to be gazumped (6%).

Steve Dawkins, spokesperson for Gazeal said: “Most people know that getting an offer on your home is only the first hurdle in the process of selling your property. As the market has remained competitive, the trend for gazundering and gazumping is rife – where previously agreed offers are later broken by one of the parties involved. This has left 65% of all buyers and sellers worried about whether they will make it to completion following an offer being accepted. This is a problem most modern homeowners will face at some point, and is why we established Gazeal, to create a service which saw any offers made on a home secured, giving both the buyer and seller peace of mind.”

While it is true that making home improvements can increase the value of your property and how attractive it is to buyers, make sure you are investing your money wisely. Find out what buyers in your area are looking for and what they will value by talking to estate agents and neighbours who have had success.

The best way to reduce the time your property spends on the market is to make sure it is competitively priced. There are so many factors that can impact your home such as transport links and school catchment areas, make sure you're using other successful recent sales in your area as a guide.
If you are able to, be selective when choosing a buyer as it can make a difference. People who have already sold their home or first-time buyers can be more attractive to sellers as you are unlikely to get caught in a long-chain.

Keep lines of communication clear between you and any prospective buyer; a friendly relationship between the two of you during a time of mutual stress is the best way to ensure the process runs smoothly.

If an offer doesn't complete, don't panic. In today's competitive housing market this is an all-too-common experience but luckily, as our Rate of Sale data shows, the market continues to be competitive and a well-maintained property is likely to attract a new buyer soon.

If buying in an area with a slower sale rate, an ability to move faster may provide an opportunity to negotiate with the current owners on house price. Having an agreement in principle in place can speed up the process and put you ahead of other buyers. This also means you're less likely to be gazumped by an offer from another, more nimble, buyer.

Try to establish a friendly relationship with the seller. Ultimately, people are more likely to honor an agreement if they have had a positive interaction with you. This may also help with other requests, such as asking the seller to remove the property from any active listings.

A property transaction falling through is a worry for buyers, but there are ways to stop this happening. Gazeal binds both parties when they are ready to agree a deal – where neither side can walk away or move the goal posts. The process also eliminates gazumping.

Before you put in an offer, ask if a legal pack has been prepared. Gazeal create a digital legal pack for sellers including searches when a property is listed for sale and buyers are able to view it free of charge. This process allows you to discover something that you may be unhappy with and enables you to make a fully informed offer.

Use the average property sale rates to help plan for any additional costs that may occur if your home takes longer to sell than expected. Paying Council tax, home insurance and service charges on two properties can quickly add up.