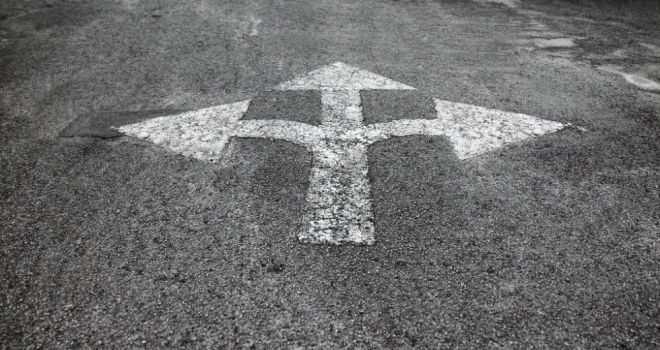 Across all areas of the UK demand for property continues to outpace available supply, with asking prices hitting new record highs for the third month in succession. Despite this, due to increased financial pressure on households and wider economic headwinds, the UK housing market is fast approaching a crossroads.

Despite this, due to increased financial pressure on households and wider economic headwinds, the UK housing market is fast approaching a crossroads.

Nicky Stevenson, MD of Fine & Country UK, suggests that for the time being, the desire to move remains on the agenda for many with over 330,000 properties sold in the first quarter of 2022. This is up over 13% compared to 2019, the last year of ‘normal’ market conditions.

Nicky explains: “A survey by Nationwide indicates 38% of us are currently moving or considering a move. This proportion is higher than a year ago when the country was in the midst of its third national lockdown. Trading up to a larger property remains on the agenda for one in four home movers, rising to 34% for those aged between 35 and 44 years old. The exception is the age group of those over 55 years old, of which 38% are looking to downsize. However, the proportion looking to move to access a garden or more outside space has fallen to just 15%, down from 28% a year ago."

She notes that levels of new instructions to the market remain low and have failed to keep pace with continued demand.

Nicky adds: “TwentyCi estimate that in all regions across England and Wales, except for Inner London, there is just under two months of property stock left to sell, down by nearly a half on historical numbers. Available properties are selling quickly, with more than half selling at or over their initial asking price, sustaining price rises month-on-month and year-on-year.

How long the housing market can maintain the current level of activity against a backdrop of falling consumer confidence and increasing economic concerns remains to be seen, although many expect market moderation and price readjustment will be gradual.”

The International Monetary Fund has downgraded their forecast for global economic growth from 4.4% in January to 3.6% in April. The latest data from GfK indicates consumer confidence has fallen significantly over the past month, with confidence in the general economic situation lower than during the financial crash of 2008. At 7.0%, inflation is at a 30-year high and is set to increase as food, fuel and energy prices continue to rise.

Stevenson comments: “Consumers are less confident about their personal financial situation over the next year than they were in the immediate aftermath of the initial COVID-19 shock in March 2020. While the average mortgage rate remains low by historic standards, this month the Bank of England has increased the base rate of interest to 1%, the fourth consecutive increase in response to surging inflation."

She continues: “looking at the prime markets, England and Wales continue to attract considerable interest. While rates of annual property price growth have eased to 4.7%, this is against the backdrop of considerable growth over the past two years. Annual price growth in the prime markets of England and Wales has been above 5% since the market reopened in June 2020, during which the threshold price for a prime market property has increased by over £100,000.”

Stevenson concludes: “On a pound per square foot basis, the cost of purchasing a prime market detached property has risen in the region of 17%, while the average price of a prime market apartment remains in the region of 10% less expensive. However, it may well be that apartments prove more sought-after in the months ahead. Prospective purchasers are less concerned about escaping the hustle and bustle of urban life than they were a year ago and research indicates that weekday activity in most of the UK’s largest cities is reaching record recovery numbers as the return to the office continues."