A weakness in the pound, relaxation of international travel rules, and the appeal of property as protection against inflation are expected to be behind rising levels of activity in the capital's super-prime market, according to the latest market analysis from Knight Frank. 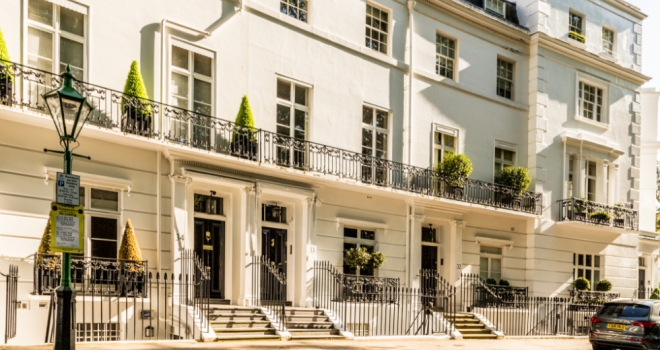 A sense of urgency is creeping into the UK property market. The sobering prospect of higher interest rates means more sellers are coming forward to satisfy the exceptionally high demand.

The prime property market in the capital is no exception, as explored last month. The number of sales instructions in May was the sixth-highest total in ten years in London and the number of offers accepted was the highest in a decade.

The same is true at the very top of the market in the capital, where there are even more reasons for buyers and sellers to act now.

There were 155 transactions above £10 million in London in the year to April, whole-market data shows. That was an increase of 19% on the previous 12-month period and the highest total since 2015/16. The figure could rise as the Land Registry updates.

One reason is the weakness of the pound, which has come under pressure recently due to trade tensions between the UK and EU and the Bank of England’s dove-ish response to the prospect of double-digit inflation.

Paddy Dring, global head of prime sales at Knight Frank, explains: “Super-prime demand has been supported by the relaxation of travel restrictions and continued downwards pressure on the pound. Dollar-based and dollar-pegged buyers have been in a particularly strong position recently. The mix of nationalities remains as varied as it was before Covid, with buyers from the UK, Middle East, China, India and Europe.”

While demand from international buyers has grown it is not yet back to pre-Covid levels. As it continues to build, prices in prime central London are expected to strengthen and outperform other UK property markets. For more on this, please see these updated price forecasts.

The number of transactions above £20 million was particularly strong in the 12 months to April. There were 46 sales, a number that has only been exceeded once in the last decade (2014/15).

Rory Penn, head of Knight Frank’s Private Office, comments: “Central banks are performing a tricky balancing act and the ensuing volatility in financial markets makes real estate look attractive by comparison. Property’s reputation as an inflation-hedge gives it extra appeal, while the prospect of rising borrowing costs is injecting a degree of urgency into the market across all price points.”

Average prices in prime central London rose 2.4% in the year to May as the market continues its steady recovery from a six-year period of political uncertainty and tax changes. The increase above £10 million was 3.6% over the same period.