How to become a small-scale property developer 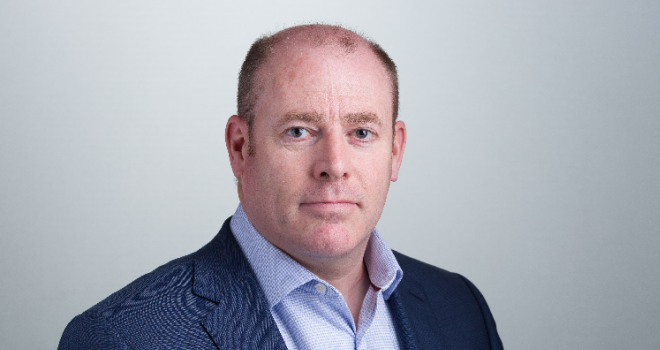 There are some things you can’t do without two-yachts-and-an-island levels of cash, but being a property developer isn’t one of them. Property development is a broad church, and there are plenty of pews for those happy to sit in the small-scale section.

Sure, building a new housing estate may be beyond you, but if you can manage a doer-upper—finding a tired two-up-two-down and giving it a new lease of life—it’s very likely small scale property development could be for you because the sweet spot is one small step up from those modest projects where savvy DIYers and bargain hunters freshen up run-down homes and flip them on for a profit.

And small-scale property development can be lucrative

By small-scale, we mean building somewhere between four and 20 flats and planning to make a minimum 20% margin on what you sell them for. For example, if converting a small shop, office, or commercial building into four flats and selling each for £150,000, you would expect to make a profit of £120,000. Not a bad return, and significantly more than you’d make from most flips.

All very interesting, but how much work is involved?

Surely small-scale developments must be more difficult than flips if they make more profit? Well, here’s where, to a large extent, the magic happens. We’re going up a notch in terms of scale compared to flips, so there is more money involved. And because there’s more money involved, we as developers can afford two things that make our lives considerably easier.

The first thing we can do is hire a main contractor. Where flippers and doer-uppers make do with a general builder and then employ many of the other trades directly, a small-scale developer uses a contractor who is responsible for all of the trades/subcontractors. This makes life considerably easier since you only have one relationship to manage, and your contractor then coordinates all of the construction team.

Secondly, we can also afford to hire a Project Manager. The Project Manager’s job is to oversee the development for the developer. They are a highly experienced set of eyes and ears managing things on site, looking after your interests, and reporting back to you regularly.

Additionally, with the main contractor AND a Project Manager, you don’t need to oversee everything yourself, so your time will not be taken up the way it would be if you were taking on a flip/doer-upper project where you frequently need to be on site. You won’t lay a single brick or plumb in a single sink. You don’t even have to choose the curtains. Many small-scale developers oversee their projects in their spare time.

But you will need certain skills. Your job as the developer is to create your own development ‘brand’, pull a team together, get the finance sorted, and then find profitable deals. And, of course, you need to be able to make decisions under advisement from your professional team since you’re the ultimate boss.

It’s very much like the role of the CEO, and as such, you need to have solid organisational and management skills, as well as good interpersonal and communication skills. I would never tell anyone that property development is easy, but many people already have the generic core skills to be able to do it successfully. And to correct another popular misconception, you typically need to invest less of your own money in a development than you might think.

Converting unloved commercial property into attractive residential units generates a significant premium, particularly in a market where so many owners of commercial properties are financially challenged. But there’s a reason why property developers take the lion’s share of the profit, while everyone else gets a fee, and primarily it’s all about risk. There’s no getting away from it – property development has many moving parts and is inherently risky.

However, if you get yourself educated, it’s possible to de-risk the development process significantly. It’s the people who ‘jump in and go for it’ who tend to come a-cropper. I’ve certainly trained many developers who had learned the hard way that they didn’t know what they didn’t know. But then, if you’re about to embark on an enterprise that can generate life-changing sums of money, you might think that getting educated first could be quite a good idea.

Now is a great time to get into small-scale development.

The government recently announced a whole range of Permitted Development Rights in England, making it possible to convert many commercial buildings without needing full planning permission. These rights come into effect from August 2021, so the timing couldn’t be better. The smaller end of the property development scale is a lot less scary than many people imagine.