Exploring the property industry’s acceptance of LGBT+ individuals, then and now 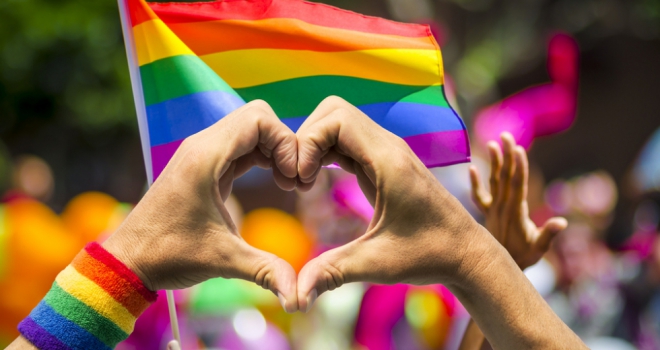 When Brian Bickell, CEO of Shaftesbury and a Freehold board member, joined the property industry in 1983, no one was ‘out’ at work.

Bickell, pictured above, says: “It would have been very career-limiting to put your head above the parapet. Decriminalization only happened in 1967, and those attitudes hadn’t really changed very much.”

Though the property sector has long been considered a boys club, lagging behind other industries when tackling LGBT+ issues, it's come a long way in the acceptance of LGBT+ individuals since the 1980s. A survey conducted earlier this year reported that 65% of LGBT+ property professionals are out at work, and 80% feel that their firm provides a safe space to come out.

John Mason, (below) a Senior Planner at Carter Jonas, started his career in 2015 and says that although he has always been out at work, he was still nervous about being his true self in his small team.

“Once I mentioned that I had a male partner and no one batted an eye, that made me feel a lot more comfortable,” Mason says, “and when we merged with another office and became a larger team, I was ‘out’ from the start.”

However, Mason is still the only ‘out’ person he knows of in his office of 60 people, saying, “while acceptance is not a problem anymore, it is slightly lonely being the only LGBT+ person in the room. It's clear that the property industry still has a ways to go in terms of increasing diversity.”

Build a network with other LGBT+ professionals

Mason clarifies that “it's not that people don’t want to talk about my personal life with me. But from going to networking and social events, it's different when you’re speaking to a fellow member of the LGBT+ community-- there's that instant connection and sense of ease.”

There are a growing number of charities, groups and organisations dedicated to achieving diversity in the real estate industry, including BAME in Property, Planning Out, Women in Property, and Freehold, to name a few.

One of the important ways that these kinds of organisations can help to improve diversity in the industry is to provide individuals and businesses with support and mentorship. Freehold, for example, offers a safe space for confidential, positive discussion for members of the LGBT+ community seeking guidance around personal or professional development.

A one-on-one conversation with experts in their field can be the difference needed to help many people overcome hardships in the workplace, tackle inequality, get a foot in the door or achieve their career goals.

“Networking groups offer an opportunity to meet people and ensure that you don’t feel alone, especially if you come from a smaller firm,” says Bickell.

While building a network of LGBT+ industry contacts is important, finding allies in the workplace is also crucial.

“We need to have allies in our offices who speak up when they see something wrong and are interested in learning. Having allies encourages a much more open conversation because people realise they can talk about their sexual orientation and be themselves,” says Bickell.

People who hold positions of privilege need to be active allies and take responsibility for making changes that will help others be successful. Allies should use their credibility to create a more inclusive workplace where everyone can thrive, and find ways to make their privilege work for others.

Sponsoring or hosting LGBT+ events is a great way to get allies involved, which Mason says his employer planned to do this past year before the pandemic altered this plan.

“I think this would’ve been a catalyst for getting employees to open up and talk more about diversity and be a bit more aware. Even if they’re not members of the LGBT+ community themselves, it could get them talking about family members who are and be a bit more open,” adds Mason.

The importance of diversity beyond LGBT+

Increasing the diversity and inclusion of LGBT+ professionals in the property sector is important, but Bickell and Mason both agree that increasing the presence and acceptance of all minorities is needed just as much.

“It's not just LGBT+ people the sector lacks, it's people of all sorts of backgrounds,” says Mason. “My company set up a program where we go into schools and try to raise awareness of property industry professions. A lot of our new graduates are still from certain unis and certain backgrounds, even if we’re now more gender-balanced in terms of new people joining, there are still problems in other areas.”

“When doing recruiting for junior surveyor roles we had never seen anything like it, the CVs were identical-- the same backgrounds, the same hobbies, even though you try to do blind hiring it doesn’t really work, it was still quite obvious,” adds Bickell.

It's important that individuals from different abilities, ethnicities, genders and socioeconomic backgrounds have a seat at the table as property professionals have an influence on the spaces and places that shape our day to day existence.

Though the property sector has come a long way in its acceptance of LGBT+ individuals in the span of Brian Bickell’s nearly 40-year career, there is still work to be done. We can only hope that through the course of John Mason’s career, we’ll continue to see positive change.