Do you own the nation’s most valuable house number?

Numbers. Most houses have them, unless you're one of those people who have named your property something like 'Shangri La', 'Dunroamin' or 'Colin', but are some more valuable than others? 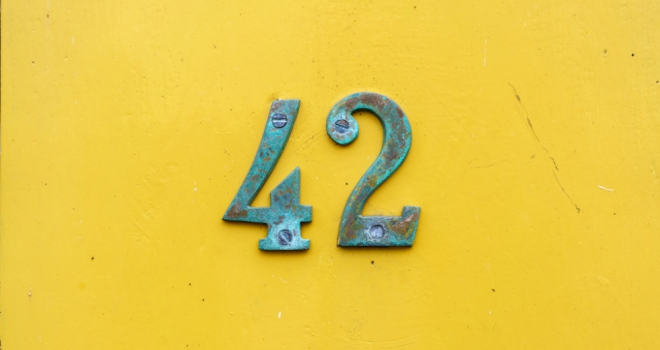 Let's find out. New research by estate agent, Springbok Properties, has been crunching the digits, analysing property sale records over the last year by listed address number to ascertain which is the most valuable for both houses and flats.

The research shows that when it comes to a house, single digits are so last year and in fact, just one single digit number makes the top 50 most expensive house numbers.

With an average sold price of £298,879, the No.1 is the most expensive single digit house number ranking 43rd.

Shepherd Ncube, founder and CEO of Springbok Properties,commented: “A properties value is determined on a whole host of factors, but you would be surprised about the influence a number can have on how much a buyer is willing to pay.

For most, it simply doesn’t matter, but some buyers will pay over the odds for a particular number for sentimental reasons or avoid a property altogether due to superstition.

Previously the prestige of owning the number one property on a street was highly valued amongst buyers, but as the way we live and the type of properties we live in has evolved, this is clearly no longer the case.

In this day and age a shortage of space and our tendency to build up, not out, means those higher numbers closer to the top of a development are now more desirable.”