Postcodes with stations due to benefit from Crossrail have seen house prices increase by 79% since the project was first announced, carrying a 14% premium versus the wider areas, according to research from Benham and Reeves. 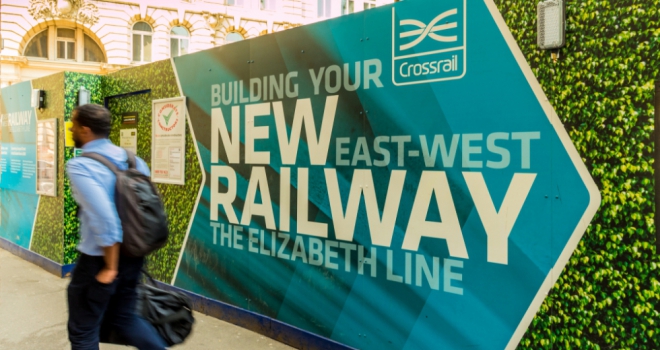 Ongoing research by the London lettings and estate agent has been tracking Crossrail house prices since the project was first announced back in July 2008. Analysing house prices in postcodes home to a Crossrail station, they’ve not only monitored house price growth but also how these postcodes compare to the wider local authorities in which they are located.

The latest look shows that postcodes home to a Crossrail station have seen house prices climb by 79% on average since the project was first announced in July 2008.

The W1 postcode, home to the Tottenham Court Road and Bond Street Crossrail stations, has enjoyed the largest increase. Back in July 2008, the average property price was just £725,603, but this has since climbed by 215% to just shy of £2.3m today.

Not only have Crossrail house prices increased notably, but on average, they also sit 14% above the average price of the wider areas in which the stations are located.

Again, Tottenham Court Road and Bond Street sit top, coming in 163% and 121% higher than the respective average price of property in the boroughs of Camden and Westminster.

There are, however, no less than 13 stations where average property values sit below that of the wider area, offering homebuyers some respective house price affordability.

Southall is home to the largest level of Crossrail affordability, coming in -27% more affordable than the wider area of Ealing.

West Drayton (-17%), Hayes and Harlington (-15%), Brentwood (-13%) and Ilford (-13%) also offer some of the greatest levels of Crossrail affordability when compared to the wider area.

Marc von Grundherr, director of Benham and Reeves, commented: “Despite the extensive delays to its actual delivery, Crossrail has been the gift that keeps on giving for homeowners living within arm’s reach of a Crossrail station, with property values climbing considerably since it was first announced back in 2008.

"We don’t expect this influence to subside anytime soon and house price growth surrounding these stations is likely to climb further still until the project itself has come to full fruition.

"Once it has and homebuyers know completely where they stand with the service available to them, this upward growth may well subside, however, these stations are likely to continue commanding a healthy premium in the same way a good tube link does in today’s market.

"The good news is there are still a number of stations where house prices surrounding a Crossrail station remain below that of the wider area and these make an ideal area of investment for savvy buyers with an eye on future house price appreciation.”