Calls for a ban on the sale of micro-plots 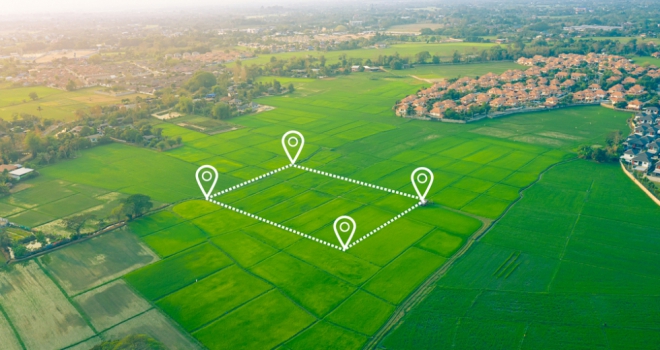 Land agents, Aston Mead, has called for a ban on the sale of fields carved up into dozens of tiny micro-plots, suggesting that those behind them are “preying on people’s pipe dreams”

The company is referring to fields in rural areas which are divided up into multiple segments, then offered on the property market as having ‘development potential subject to planning permission’, and bought by naïve investors who hope to build properties on them.

“We get half-a-dozen requests to value these minuscule parcels of land every week. But we have to break it to those making the enquiries that, unfortunately, the plots they have bought are practically worthless.

“First of all, these sites are usually situated far away from villages, towns or other local amenities – so they are the least likely locations to be granted planning permission, even if they were to be kept intact.

“Secondly, if the new owner of any one of these plots is under the impression that they would be able to get planning permission on their individual site stuck in the middle of a field, while the surrounding plots are still on the market, with all the access issues that entail, they need to think again; it’s simply never going to happen.

“The only way this could possibly work would be if all the plots were sold and then all the owners came together in order to seek planning permission for the entire site simultaneously – which is obviously difficult when these plots often change hands at different times.

“That would also require all the owners to unanimously agree on a collective style of build for the proposed properties, regardless of their individual preferences. For example, there would be no opportunity for one to suggest a bungalow, while another suggested a two-bed house, and yet another wanted a small block of flats.

“And even if this highly unlikely scenario was to take place, each of the owners would then have to stump up their share of the total cost of the planning application and installation of services in advance – which collectively could easily run into hundreds of thousands of pounds.

“Of course, the frustrating thing is that the original seller of these sites knows that this is the case. After all, if planning permission was likely in the first place, they would have saved themselves the trouble of dividing it into individual plots and taken that much simpler route instead!”

Adam explains that while the purchase of a plot of land at a few thousand pounds appears to be a bargain, it can quickly turn into something much more expensive. The only real advice he could offer such unfortunate owners would be to put it into an auction and sell it on – but doesn’t want other potential buyers to be misled in the same way.

He concludes: “The problem is that this all ends up with a race to the bottom. It turns into an endless round of ‘pass-the-parcel of land’, with each owner even more desperate than the last to get rid of it.

“Of course, while I accept that there is a case for ‘buyer beware’ in transactions like these, this is simply preying on people’s pipe dreams. It’s immoral and it needs to be stopped.”