Are the newly proposed planning reforms enough to solve the crisis? 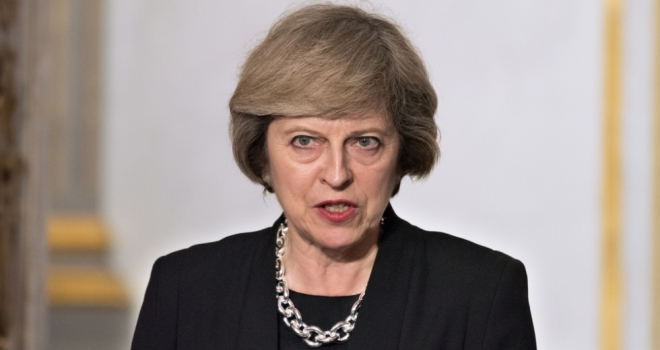 Earlier today, Theresa May outlined the government's latest strategy to tackle the ever growing housing crisis, announcing new planning reforms in a bid to meet its 300,000 homes a year target by the mid-2020s.

New plans will include maximising the use of land, strengthened protections for the Green Belt, more planning permissions and a "major overhaul" to the National Planning Policy Framework.

During the speech, the following initiatives were announced:-

• The creation of up to FIVE New Towns between Oxford and Cambridge to create the UK's own 'Silicon Corridor', an apparent 'Brain Belt'.

• The removal of decision making from local councils that continually fail to build adequate homes with the introduction of minimum housing targets for each area and a tough enforcement approach based on the delivery of those homes. Fifteen councils have failed to conclude their Local Development Plans and will, as a consequence, run the risk of being placed on the naughty step with the Govt intervening in them operationally

• An encouragement for developers to 'build upwards' in cities

The government says developers will also "be held to account for delivering the commitments", with a new standardised approach to assessing housing need to make the system of developer contributions clearer and simpler.

Sajid Javid, the current Housing Secretary, said: "An entire generation is being locked out of a broken housing market as prices and rents race ahead of supply. Reforming the planning system is the crucial next step to building the homes the country needs.

This government is determined to fix the broken housing market and restore the dream of home ownership for a new generation. There is no silver bullet to this problem but we’re re-writing the rules on planning so we can take action on all fronts.

In moving to a more integrated society, the focus for everyone, whether a developer or a neighbourhood group, must be to come together to build the homes our communities deserve."

Russell Quirk, founder and CEO of Emoov.co.uk,  had this to say: “While the Government’s struggle to build enough affordable homes has kept them in favour with UK homeowners who continue to get richer as a result, but these voters are also getting older and inevitably will diminish in volume.

The Conservatives managed just 187,000 of the 300,000 homes pledged last year and even that's up on previous years.

If they continue along this path of failure where the younger generation is concerned, they run the risk of finally losing out to Jeremy Corbyn's 'young populism' at the next General Election. It is unlikely that anything will come of the latest in a long line of bold promises, but it should.

For too long the developers charged with building our homes have held us to ransom by land banking.

At the same time, local councillors under pressure from NIMBYs across the nation would rather protect their own seat then take steps to solve the crisis on a local level.

While no one wants to be put on the naughty step, it is about time we take the democracy out of the home building process and penalise those who don’t take the necessary action required to help solve it.”

Jeremy Leaf, north London estate agent and a former RICS residential chairman, said: "This review is very much welcome, as is the ensuing debate on housing and development. But solving the housing crisis is not just about building more homes.

There is a whole range of other issues that need to be addressed if we are going to make a real difference to supply and the cost of buying as well as renting. In particular, attention needs to be paid to lending, planning, enforcement and better use of existing resources, especially local authority land.

It makes sense to take advantage of the narrowest gap, certainly I have seen, in aspiration and ideology between the two main parties. The need for more supply of affordable homes, faster delivery and more efficient planning are issues both main parties agree upon. More apolitical longer-term solutions must be found so we are much more likely to see results rather than just talk."