Leadership race should not distract from focus on rental reform

Rental reform should remain the core property-based focus despite the recent resignation of Boris Johnson and subsequent disruption in government, according to claims made by The Association of Independent Inventory Clerks. 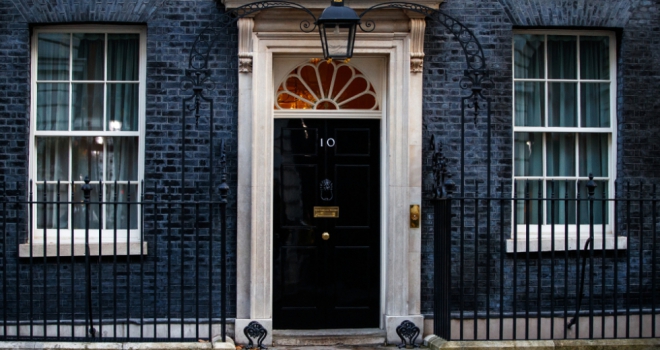 Since being appointed as prime minister, Boris Johnson pledged to serve the country by making levelling up and housing some of his key policy goals.

However, lack of trust in Johnson’s ability to lead the country following the partygate scandal at the peak of Covid-19 and other recent scandals such as the Chris Pincher affair resulted in Conservative MPs acting to get Johnson to resign after many months of pressure.

Daniel Evans, chair of the AIIC, said: “The latest chaos to surround Westminster could overshadow and delay the introduction of rental reform, leaving the lettings sector in limbo yet again. There is even the chance that the reforms could be scrapped or watered down completely if the next PM and their new team are keen for a new direction and a fresh break from the past.

“What the industry craves is some sense of certainty, stability and future plan, so it can plan accordingly. That looks unlikely for a while yet as the Conservatives set about choosing their new leader – and the next Prime Minister - over the summer.”

Evans said the two contenders – former Chancellor Rishi Sunak and current Foreign Secretary Liz Truss, who is the favourite – are unlikely to make wholesale changes to the White Paper on Rental Reform, given it has broad cross-party and public support, but each could have slightly different views on how much of a priority it is.

He adds: “It should be beyond politics – driven forward regardless of who is Housing Secretary or Housing Minister at any given time – because these positions change too frequently."

Gove was sacked as Housing Secretary at the end of a couple of days in which more than 50 ministers resigned, the most high-profile of which were Sunak and former Health Secretary Sajid Javid.

Following his resignation, Johnson set about appointing a temporary cabinet, with Greg Clark – an important part of the Theresa May years – hired as his replacement.

Evans said: “As housing secretary since September 2021, Michael Gove played a pivotal role in the creation of the White Paper called A Fairer Private Rented Sector, which has certainly split opinion in the sector.

“The latest reshuffle in the Department for Levelling Up, Housing and Communities (DLUHC) is likely to make the journey to rental reform an even slower one. Only Eddie Hughes, the minister for rough sleeping and housing, has remained in post at the department – such a radical change is likely to have an impact on getting things through and getting things done. This will only be made worse by the ongoing Tory Party leadership battle and the summer recess which sees everything slow down anyway.”

“As the person with more Cabinet experience than any other in the Conservative Party, Gove may yet be in line for a return depending on who takes over as PM. Interestingly, he was the only one to be sacked and not resign. As he did not choose to walk away, there is the possibility that he could re-enter the department once a successor takes Johnson’s place.”

With Johnson remaining as Prime Minister until the autumn (some would argue in name only), uncertainty and instability are likely to remain for some time. Legislation backlogs, which were already being delayed by Covid, Brexit, the war in Ukraine and the understandable focus on the cost-of-living crisis, are likely to get worse again while there is a power void.

Evans said: “The new PM is also going to need time to bed in and get their top team sorted. This is likely, but not certain, to include further changes at DLUHC. Again, this won’t help with momentum and joined-up thinking.

“On the other hand, the new person in charge might see rental reform as a great way to stamp their mark on their premiership – it could be the big policy initiative to kick them off in the role. But what seems more likely is that other things will take precedence and it could be a while before we see the Renters’ Reform Bill before parliament.”

New research by Total Landlord Insurance reveals that 17% of landlords planned to reduce the size of their portfolio due to the government’s latest plans to reform the rental sector.

These statistics show the level of uncertainty there is among landlords across England.

“There are no guarantees all points made in the White Paper will make it to the official reform bill when there are changes in government. New points will likely get added and there will be further clarification at some point,” Evans said.

Evans continues: “Levelling up and housing reform wasn’t just Boris Johnson’s idea – he was just the figurehead for it. Rishi Sunak and Liz Truss, for example, seemed to be very much on board with this agenda. Truss, the favourite, was loyal to Boris to the last, and although she’s been seen as the change candidate by offering tax cuts, it’s unlikely she’d rip up the manifesto that the Tories won on in 2019, nor make a complete break from the past. This could help to expedite rental reform.”

“Whatever happens, it’s important for the government not to take its eye off the ball with rental reform, which will simply leave landlords, agents, and tenants in limbo again.”

He concludes: “The situation is developing daily, which means it’s important that landlords and letting agents keep a close eye on updates as they come in to understand the future of rental reform.”