Could the North East become the UK's new buy-to-let capital? 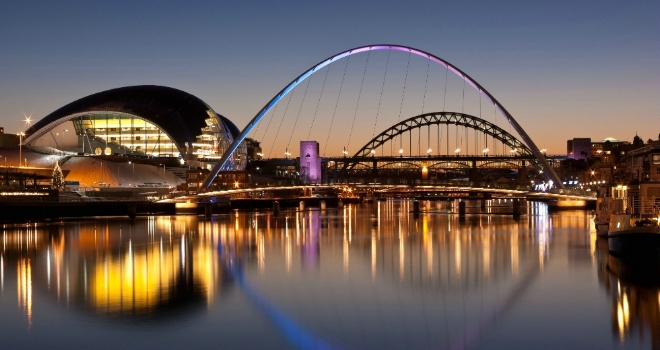 Half as many North East landlords have decided to sell their properties in the past 12 months compared to the rest of the country - so what does this means for the region?

New research from the National Landlords Association shows the number of London landlords looking to sell up has quadrupled since changes to maintenance and mortgage interest relief announced in last year’s Summer Budget left many landlords with higher tax bills.

The number of landlords looking to sell property in the North East rose by just 7% in the same period – 40% lower than the national average rise of 12%.

Figures from ARLA also showed demand for rental properties in the North East rising by 17% between January and February of this year.
House prices in Northern England continue to be less than half those in the South,  with the average North England home costing over £150,000 less than an equivalent property closer to the capital – adding to the region’s appeal to investors.

Ajay Jagota is founder and Managing Director of North-East based sales and lettings firm KIS and had this to say: “There’s already been speculation that tax changes could see 500,000 rental properties sold this year but that doesn’t mean that their owners aren’t going to buy elsewhere – and anecdotally there seems to have been a real uplift locally in enquiries from investors from outside of the region  looking to invest in property in the North East.

There’s no question that the region will become more attractive to investors in the coming months. Not least because the North East’s lower house prices will mean that the 3% rise in Stamp Duty on additional properties introduces last week and Bank of England plans for new affordability tests and stricter borrowing limits for buy-to-let mortgage won’t be so painful in this part of the country.

The return on a typical buy-to-let property in London currently something like 5.2% compared to as much as 7% in somewhere like Gateshead. You get a similar rental yield on a property in Peterlee than you do in London, with the added attraction that you can buy almost five properties there for the price of one in the capital.

We don’t offer the same capital appreciation as other regions of the UK, but it’s clear that the North East has a lot to offer property investors - and as more competition can lead to lower rents and better homes, they have a lot to offer renters too.”