AIIC: 'BBC landlord show is an eye-opener for the industry' 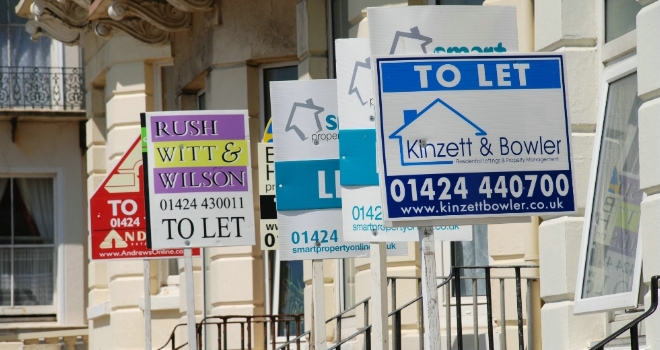 BBC One programme The Week the Landlords Moved In should act as an eye-opener for the lettings industry, according to the Association of Independent Inventory Clerks.

The regulatory trade body says that the single biggest issue raised by the documentary series is a lack of communication between landlords, management companies and tenants.

The programme, which is currently airing on Wednesdays at 9pm on BBC One, gives landlords the opportunity to spend a week living in their tenants’ homes, while living on their weekly budget. In the first two episodes of the series, for example, problems in the rental properties varied from mould and damp to broken windows and rubbish left from previous tenancies.

The opportunity to live in their tenants’ properties has been an eye-opening experience for the landlords taking part so far – all of whom have acted in some way to improve the property they lived in – but the AIIC says the primetime series should represent a wakeup call for the wider industry.

Danny Zane, Joint Chair of the AIIC, says: "It's been interesting to watch this series and see that arguably the most significant problem for tenants, landlords or those managing rental properties is a lack of communication.

Tenants failing to report maintenance issues or their landlords or managers failing to deal with requests resulted in some fairly serious problems in these properties which could have been avoided with better communication."

One landlord taking part in the show noted that he would no longer be going on the 'happy assumption' that tenants would call him if there was a problem.

Alongside a lack of communication, another issue raised by the series is a lack of site visits and inspections. When the landlords taking part in the programme actually visited their properties, the true extent of some of the problems became instantly apparent.

Emma Glencross, AIIC Joint Chair, adds: "Mid-term inspections and regular site visits to rental properties are essential. If landlords and property managers can attend to problems quickly, this is better for the tenant and the long-term condition of the property. It's well-known that small maintenance issues left to get worse over a long period of time could end up costing a landlord a significant amount of money at the end of a tenancy."

The AIIC says that the BBC series also highlights the importance of an independent, professionally compiled inventory.

The organisation explains that landlords and property managers can use an inventory when inspecting a property during a tenancy to help them determine its expected condition and contents.

An inventory is also invaluable at the beginning and end of a tenancy as it allows all parties to make a fair comparison of the property's contents and condition.

Independent, third party inventories can help to reduce the chance of a formal deposit dispute taking place and in the event that one does occur, deposit protection schemes are likely to look more favourably on inventories and check out reports that have been produced impartially and professionally.

"It's positive that this series has been given a primetime slot on BBC One as it will hopefully act as a reminder to both tenants and landlords that communication is all-important and maintenance issues should be reported and dealt with as swiftly as possible," adds Danny Zane, who is also Managing Director of My Property Inventories.

On top of this, it's been pleasing to see the compassionate attitude of the landlords featured in the show so far, who have all acted to improve their tenants' properties after living in them for a week," he concludes.