The era of ‘ultra cheap money’ is coming to an end

The perennial market debate about when/if interest rates would rise, appeared to have gone quiet over the past couple of months, especially as November’s decision to raise Bank Base Rate (BBR) by 25 basis points was accompanied by a briefing that the Bank of England only expected to raise BBR a further two times over the course of the next two years. 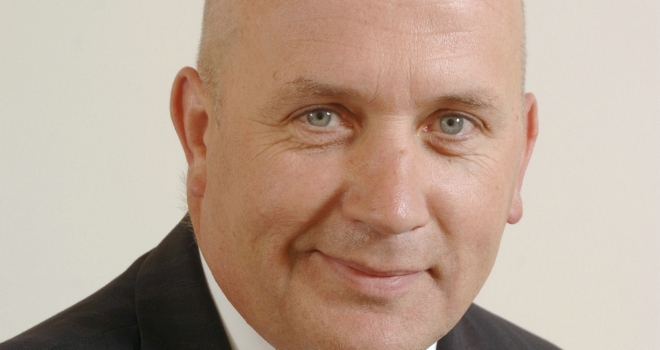 That sounded like a degree of certainty in a world where such attributes can often be sadly lacking. Indeed, if you’re a property market professional, then it essentially gave a signal that rates would stay low for, at least the short-term. As an agent, mortgage broker, and borrower, then you would be hard pressed to fault such an arrangement – especially if those two rate rises are just 25 basis points each, taking us up to 1%. I know we’ve all got accustomed to BBR in the 0.25/0.5 region for the last decade, but you’d still have to think that a BBR of 1% was still historically low.

However, no sooner are such statements made that they don’t appear to be worth the paper their written on. Part of me wonders why the MPC and the Governor in particular continue to make such pronouncements. When he took up the position Mark Carney was keen to inject some ‘forward guidance’ into proceedings, which appeared to mean providing everyone with more certainty about when rates might be changed. That ‘forward guidance’ position was soon jettisoned as ‘events’ took over and it has seemingly proved impossible for Carney and the MPC to deliver on his initial ambitions.

However, one might argue that Carney continues to want to hold onto the remnants of his ‘forward guidance’ policy, hence we have last November’s talk about two rate rises in two years, and previous other examples where he attempted to look further ahead. But the reputation that Carney has as an ‘unreliable boyfriend’ continues to persist because while the decision to hold rates was made this month, we are now told that BBR might have to be increased faster and sooner than anticipated because of sticky inflation. In other words, the Bank can’t really get inflation down without increasing rates and considering its main aim is to get it below 2% then it might have to act quickly.

So, we now have an increasing number of commentators suggesting that BBR will need to be increased by two/three times during 2018 alone, and what might come during next year is anyone’s business. If that pattern is proved to be the case, and it’s repeated in 2019, then we could be up to a BBR of 2% by the end of the two-year period, rather than 1%. Again, historically, this is still an incredibly low rate but it is some way above the ‘normal’ of the last 10 years and you might think that such a quick move upwards to this level would be something of a shock for those borrowers on, for example, BBR-linked rates or SVRs.

Payment shock is of course a big concern in a rising rate environment – you might argue that borrowers have had enough time to protect themselves against this, in terms of accessing market-leading fixed-rates hopefully over a longer-term than the next two years. But, we are all acutely aware, that two-year fixed rates tend to be prevalent because they deliver the lowest monthly payments – borrowers might be happy now but what might their mortgages look like when they come to remortgage in 2020, for example.

The other unknown in this, of course, is whether the MPC will feel the pressure to act because of inflation. It’s now been above target for a full year but, again historically, the Committee has been able to live with this, no doubt in part because it’s worried about the impact multiple rises to rates will have on a heavily-indebted British population. Indeed, it may well feel it can continue to live with inflation at today’s 3% level for some time to come – whether it will feel the same way should inflation continue to rise, is another question entirely.

What we should all however get used to – and in turn prepare our clients for – is that rates are on the rise. Not just through BBR, but also because the Term Funding Scheme is ending – a previously good source of cheap funding for lenders – and therefore the era of ‘ultra cheap money’ is coming to an end. This will feed into mortgage pricing and although we probably won’t stray too far too fast from today’s rates, come the next ‘cycle’ of remortgaging, it could be noticeably higher. The time to tap into longer, fixed-rate deals is already upon us.