DIY spending rockets 42% as Brits choose to improve not move 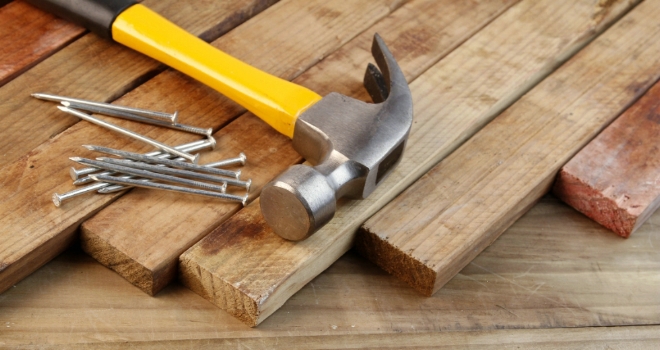 New figures released today have shown that the UK's passion for DIY is stronger than ever.

The analysis from credit card provider, MBNA, revealed that annual consumer spending by its customers on DIY products has increased by 42% in real terms since 1996 to reach an average of £211 per person in 2015.

What’s been happening to DIY spending?

Overall, we are spending £211 per year on DIY. But who are the big spenders across the UK and when is their money being spent?

Men continue to account for the majority of DIY-related purchases with 69% of all transactions and each spending an average of £267 in 2015. Women spent just £120 on DIY in 2015, a decrease of 6 per cent over the past two decades.

The report also reveals that 45 - 60 year olds are the keenest home improvers, making 4.8% of their total purchases on DIY and spending an average of £240 on DIY each year. Conversely, the under 30s spent only 2.8% of their annual budget on DIY, a mere £108 per year. This sum has actually decreased by 32% since 1996.

These latest figures from MBNA support trends identified by the UK Cards Association which show the most popular time of year for buying DIY materials is typically between mid-April and late June. The research also found that the average DIY transaction size progressively decreases during the course of the year, by 7 per cent over the year as a whole. This trend could be due to people seeking to take advantage of sales which often occur at the start of the year, picking up the more expensive items between January and May. Transaction sizes then fall as the year progresses.

The research highlighted that patterns in DIY spending tend to follow the numbers of people moving home. Data from HM Revenue & Customs shows there were over 1.2 million homes sold in 1996, reaching a peak of almost 1.8 million changing hands in 2004. Housing sales almost halved with the advent of the financial crisis from 1.4 million in 2007 to just 0.8 million in 2008. This resulted in a slowdown in growth of DIY spending, which saw an uncharacteristically low 1% increase between 2007 and 2008. Since 2008, property sales have increased by 39 per cent, hitting 1.1 million across the UK in 2015. By contrast, spending on DIY has seen growth of 57% over the same period.

Alan North, Director of Credit and Analytics at MBNA, said: “This spending data shows how the UK’s love for DIY has grown significantly over the past 20 years. Today, people are spending 42 per cent more in real terms on home improvements than they did 20 years ago. The rate of growth in DIY spending did decline sharply during the recession, but the past five years have seen the steepest rate of growth for more than two decades.

Movements in DIY spending over the past 20 years have been driven by a range of factors including economic growth, rising incomes, online shopping, special offers and, of course, the numbers of people moving home. Moving home is a clear prompt for undertaking DIY tasks, whilst dips in property transactions cause a similar dip in DIY spending. However, the fact that DIY spending as a whole has increased by 42 per cent in the last 20 years despite an 11 per cent fall in property transactions shows that many people are choosing to spend more money on improving their home rather than moving to a new one.”

Innovation and new technology have also made it easier for us to ‘do it ourselves'. Innovation will continue to drive demand in the DIY market. Popular DIY items have changed markedly over the years, driven in part by the advent of new technology and web functionality. Today’s hits include Wi-Fi-enabled alarms, digital laser measuring devices and LED lighting, items that did not exist back in 1996.”