Brits 'underestimate' the value the top home improvements could add

Making living spaces open plan and having a loft conversion are the top renovations that will increase the value of a home, according to UK estate agents. 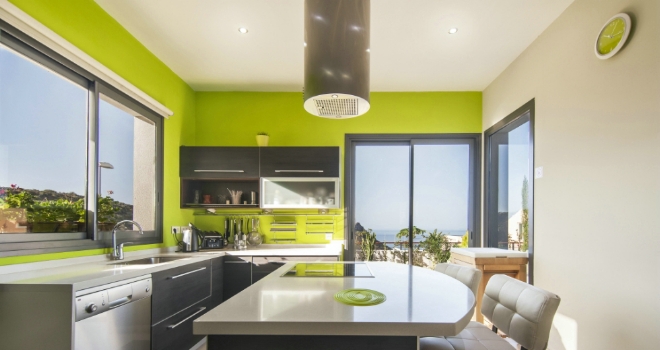 A study by Anglian Home Improvements looked into the home improvements that add the most value to a home, as well as people’s attitudes towards the value of home features.

UK estate agents revealed that making the living space open plan will add on average a huge £46,503.94 to a property’s value. A loft conversion is the next most lucrative renovation, with estate agents saying that they add an average of £24,254.56 to a home’s price tag.

The top five home improvements that add the most value to a home, according to estate agents are:

However, it seems that people in the UK need to do their homework as when asked what improvements they think add the most value to a property, only 2% said that making the living space open plan would give the biggest boost to value.

Similarly, Brits also undervalue the addition of conservatories, as despite estate agents naming the renovation amongst the top five most lucrative home improvements, the nation believes that installing new windows or a new front door will increase prices more.

Nevertheless, UK residents aren’t completely clueless when it comes to adding value to their property. Over a quarter of people (27%) believe that an extension will add the most value to a home, while one in four (25%) place the most faith in a new kitchen - both renovations that appear in the estate agents’ top five most profitable investments.

The top five home improvements that Brits think add the most value to a home are:

Despite identifying these home improvements as the renovations they think add the most value to a property, the research shows that these aren’t necessarily the features that people look for when choosing a new home.

Over one in 10 (11%) people prioritise new windows when looking for a new home, which is one of the cheapest renovations to make and according to the estate agents, will add on average £1,672.73 to your house value.

The cheapest home improvement, having a new front door, is something that younger people value more highly than the older generation. Almost one in five (18%) 25 - 44 year olds prioritise a new front door when looking for a new home, as opposed to just 2% of over 45 year olds. Estate agents say that improving your curb appeal by adding a new front door will add £769.86 average value.

"We all have an idea about what helps to sell a home, but it was interesting to see how accurate these opinions really are. While some renovations, like creating an open plan living space, add lots of value to a home, other features, such as garage conversions and new bathrooms, are less profitable investments.

“It’s important to keep in mind exactly what people are looking for in a new home. Curb appeal should always be maintained and adding new windows is a great way to impress potential buyers or tenants.”