According to new claims made by leasehold enfranchisement specialists, Leasehold Solutions, the owners of tens of thousands of newly-built leasehold flats, marketed as ‘virtual freehold’ properties with 999-year leases, are in danger of losing their capital investment. 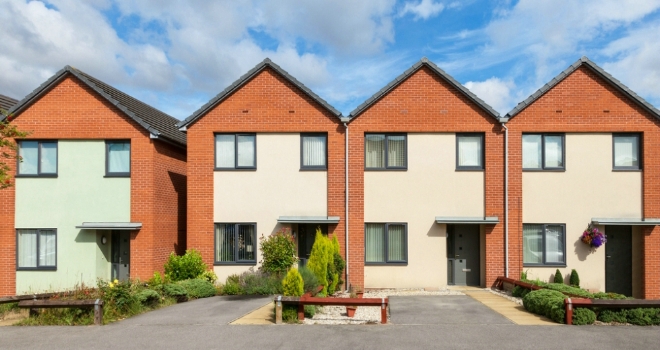 The term ‘virtual freehold’ implies flat owners do not need to be concerned when buying a leasehold property, as the long lease should protect their capital investment indefinitely. But the reality is that buying a ‘virtual freehold’ property can become a real nightmare, with onerous ground rent schedules and service charges seriously affecting the flat owner’s ability to sell the property in the future.

When flat owners purchase a leasehold property they are required to pay ground rent to the freeholder, who retains ownership of the land on which the property is built.

House builder Taylor Wimpey was recently cited in an article in The Guardian newspaper for selling ‘virtual freehold’ properties with 999-year leases. Onerous ground rent clauses attached to the lease, which mean that the ground rent doubles every 10 years from an initial £295 per year, have made the properties difficult to sell, as the ground rent due per year becomes disproportionately high and discourages potential purchasers.

Louie Burns, Managing Director of Leasehold Solutions, said: “With so-called ‘virtual freeholds’ offering reassuringly long leases, it often seems like the owner will have nothing to worry about, compared with conventional leases, which often only last between 99 and 125 years, and will need to be extended in the future. However, with ground rent schedules that double every 10 or 25 years, the danger is that such properties can become unsaleable very quickly. Purchasing the freehold also becomes very expensive, as the valuation includes compensation to the freeholder for loss of future ground rent – in this case 999 years of future income!

The Taylor Wimpey case is just the tip of the iceberg; we’ve seen thousands of flat owners who have been trapped by this deplorable practice among developers. Flat owners are often unaware of the effects of these ground rent schedules, as the clauses are buried in the small print of their leases and are regularly missed by their solicitors.

Solicitors need to be very careful, because if they don’t clearly inform their clients about the real implications of such clauses, flat owners may have a valid claim against them for professional negligence.”

Developers generally sell the freeholds of their buildings to professional ground rent investors before building works have even started. These investors want to make as much profit as possible from the freehold, so they often request certain clauses be included in the leases before they invest.

Burns continued: “The figures involved may start small, but they grow exponentially over time. We recently enabled a group of flat owners in Islington to buy the freehold of their newly built apartment block. The ground rent clause was £250 a year, doubling every 25 years for 999 years. We calculated the ground rent due for the final 25 years of the lease per flat was set to reach £68,719,476,736,000!

Onerous ground rent clauses are not the only means at freeholders’ disposal to make money from ‘virtual freeholds’. Freeholders can also make huge profits from service charges, which average more than £1,800 per year for new build properties, as well as controlling utility supplies and buildings’ insurance for residents.

What can leaseholders do?

Flat owners who find themselves in possession of a ‘virtual freehold’ property with unfavourable ground rent clauses are protected by legislation in some cases. If the owner bought the flat after 1 October 2015, they are covered by the Consumer Rights Act (2015).

The Act applies to the terms of a lease and, if it is proved that the financial implications of a lease term were not fully explained, the owner may not be bound by the lease. Flat owners who purchased prior to this date are also covered by the Unfair Contract Terms Act (1977) and could be entitled to legal relief if they can prove the lease terms are unfair.

Burns concluded: “The only real way to bring lasting change to the hugely flawed leasehold system is to change the legislation that surrounds it. This can only come about if there is a political appetite for change, so I’d encourage flat owners to write to their MP and explain the implications of the difficult situation they find themselves in - a situation unfortunately faced by thousands of flat owners up and down the country.”