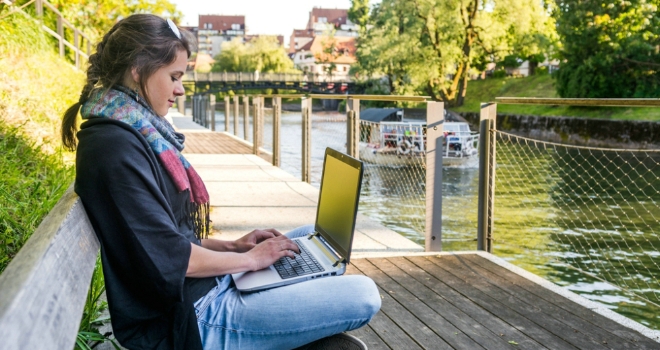 "Our research shows that young people are, on the whole, taking the savvy steps needed to ensure they haven't bitten off more than they can chew"

According to new research from L&C Mortgages, 92% of savvy millenials (18-34 year olds) are on a repayment mortgage vs 68% of those aged 55 and over and are gradually chipping away at the capital.

The report found that they have also made sure they won't be caught out in their monthly budgeting - with 69% opting for a fixed rate mortgage, much higher than the 35% of over 55s who have chosen a fixed deal.

That should perhaps be of little surprise considering the challenges for younger homeowners. Millennials are making the highest monthly repayments of any group with average contributions of £908 per month as they deal with larger mortgage debt.

The research found that a quarter of millennials have remortgaged to get a better deal, higher than any other age group, again highlighting the younger generations' savvy approach to finding the best deal for them.  By comparison, only 18% of those over 55+ have ever remortgaged to get a better deal.  Similarly, those aged 18-35 are most likely to have remortgaged to reduce their monthly payments (34%), again beating the older generations, with only 19% of those aged 55 and over citing this as a reason for remortgaging.

The fact that the younger age group is more likely to remortgage indicates that they know they need to shop around to secure the best value possible, especially as they typically have a larger mortgage and monthly payments than older borrowers.

L&C's research also found stark contrasts in the repayment method of millennials and older borrowers. Almost a third (32%) of those aged 55 and over have an interest only mortgage compared to just  8% of millennials. As interest only mortgages have been harder to come by in recent years, many millennials will have had no choice but to opt for repayment deals.  However that does mean that will gradually reduce their mortgage amount and not face the potential shortfall that some over 55s on interest only deals could face.

David Hollingworth from L&C Mortgages said: "Staying on top of your mortgage payments is key to avoiding financial difficulty, and it's imperative to make sure you don't borrow more than you can afford. Our research shows that young people are, on the whole, taking the savvy steps needed to ensure they haven't bitten off more than they can chew in terms of covering their mortgage payments. Using a fixed rate mortgage is a good way of managing what is most likely your biggest outgoing, but it is always worth getting advice on what's the best deal for you, especially as a first time buyer."

David continued: "Although the younger generation certainly face challenges when it comes to taking out a mortgage, the older generation hasn't necessarily had it easy. The FCA estimates that 600,000 interest-only borrowers will see their mortgages mature before 2020, and that many risk being left without adequate provision to pay off the remaining amount on their loan.

Our figures have found that only a small percentage of those over 55 have ever remortgaged for a better deal. Although some may be reaching the end of their mortgage others may have found lending criteria has limited their choices.  Lenders have limited the maximum age at the end of the mortgage to 70 or 75.  However some lenders are more flexible and it makes sense for the over 55s to follow the lead of the millennial generation, who seem to be taking a more active role in managing their mortgages."