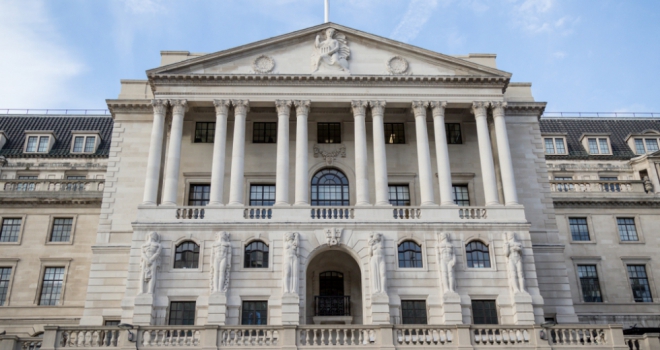 With the Bank of England expected to raise interest rates this week for the third time in three months, the signals from the property market remain positive.

An increase to 0.75% will return us to the level of March 2020 but comes against the backdrop of geopolitical volatility and the likelihood that inflation will exceed 7%.

Meanwhile, financial markets have been sending the strongest signals in twenty years that mortgage rates will rise and lenders have been withdrawing their best products, as we explored here.

For buyers and sellers, the news is certainly coming thick and fast. In a market so driven by sentiment, a discernible dent in demand might be expected but it hasn’t materialised yet.

Nationwide reported annual growth of 12.6% in February, the highest figure since last June, the final month of the full stamp duty holiday.

New demand also remains strong. The number of new prospective buyers in the UK was 47% higher than the five-year average in the first week of March. The figure for the first nine weeks of the year was up by 54%.

Meanwhile, the number of offers accepted was up by 81% in the first week of March, having risen 50% over the first nine weeks of the year.

Supply is also showing signs of picking up, with the number of market valuation appraisals 11.3% higher in the first nine weeks of the year. Sales instructions are catching up but were down by 6.3% over the same period. The arrival of the spring market will help to restore the balance and put downwards pressure on prices, as discussed here.

Why is the market so active despite the current economic and political backdrop?

The first reason is easily overlooked – the end of the pandemic. The lifting of final restrictions and return to normality is spurring people to make decisions about how and where they live. Crucially, it means demand is more needs-driven and less susceptible to external events.

In higher-value property markets, larger bonuses in sectors including financial services and law have also provided some insulation against the spiralling cost of living.

It’s not limited to a narrow group of professions, says Savvas Savouri, chief economist at Toscafund, who believes challenger banks will drive competition in the mortgage market and put downwards pressure on rates in the same way Aldi and Lidl did in the supermarket sector.

He says: “Households are sitting on £250 billion of excess savings compared to the start of the pandemic. House price growth has also created an extra £1 trillion in housing equity over the last two years."

He expects the Bank of England base rate to end the year at 1.25% or 1.5% as the current uncertainty leads to a slightly shallower upwards trajectory. However, he remains bullish in his outlook for the UK economy this year.

“For a recession, you need the labour market or the banking system to collapse and we are nowhere near either.”

While we expect house price growth to return to single digits as supply continues to pick up and rates normalise, it seems unlikely it will get anywhere close to zero.