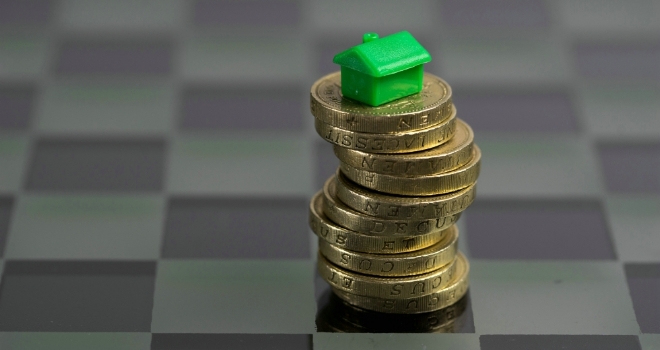 The latest data to come from the Mortgage Advice Bureau has revealed that average salaries of homebuyers who are seeking a mortgage fell to a near-four year low in June.

Twelve months ago, the average primary salary of mortgage applicants peaked at £41,106 (June 2014) following the introduction of MMR in April. In comparison, the typical primary income for a borrower in June 2015 was just £34,584: an annual fall of 16% and the lowest figure seen since August 2011.

This fall in average salaries comes despite a 6% increase in the size of the average purchase deposit since June 2014. Purchase applicants put forward an average deposit of £75,625 in June 2015, up from £71,474 year-on-year.

As a result, average loan-to-values have fallen from 69.8% in June 2014 to 69.2% last month, as homebuyers borrow less in relative terms and shoulder more of the cost of their purchase themselves. The typical purchase deposit represented 1.74 times the average buyer’s primary salary in June 2014 – this has since risen to 2.19 times salary.

Average mortgage rates have also fallen significantly over the past year. As a result, typical monthly mortgage bills have become cheaper, helping those who would otherwise not have been able to afford to buy.

As a result of more competitive pricing, homebuyers with a mortgage stand to save an average of £65 on their monthly bill compared to a year ago. This amounts to annual savings of £780. Borrowers choosing five year fixed rates have saved the most, as they can enjoy monthly mortgage bills that are £71 lower than they would have been this time last year, or £852 lower over the course of a year.

Following a recommendation from the Financial Policy Committee last year, household finances are already being stress tested against a 3% base rate hike when applying for a mortgage. This means homeowners can be confident they can cope with higher monthly repayments.

However, a rise in interest rates would nonetheless erode recent monthly savings. Should the base rate increase by 0.5% and in the event that mortgage rates follow suit, the monthly mortgage bill for a two year fixed rate would rise to £839 – just £22 lower than it was a year ago. New borrowers with a three year fixed rate would pay £863 if rates were to rise to this level, just £12 less compared to June 2014.

If the base rate rose to 2% – which Bank of England Governor Mark Carney recently suggested could happen by 2018 – and fixed mortgage rates increased by a corresponding amount, two year fixed rate borrowers would pay £933 per month. This is £138 more than the current rate and £72 more compared to June 2014. Five year fixed rate borrowers would pay the most extra, at £982 per month: £142 more than in June 2015 and £71 more than in June 2014.

Brian Murphy, head of lending at Mortgage Advice Bureau, commented: “Borrowers have been the winners in the mortgage market over the past twelve months. Although some lenders may initially have been over-cautious following the introduction of the Mortgage Market Review, a number have since adapted to the rules and become more flexible in terms of affordability.

At the same time, mortgage rates have plummeted, leaving borrowers with cheaper monthly bills and making homeownership a more affordable prospect. There are many factors beyond the headline rate that determine whether a loan is suitable, but there is no denying that rate cuts have made a significant difference for many new borrowers.

However, the Bank of England has indicated that an interest rate rise could be sooner than we first thought. Although lenders thoroughly stress test household finances to ensure borrowers can cope with higher interest rates, a rise of just 0.5% could still bring mortgage bills back up to where they were a year ago. For those who are concerned about the future trajectory of mortgage rates, locking in to a long-term fix is a good way of ensuring stability of repayments.”

As well as benefiting from low mortgage pricing, borrowers are now able to choose from a record number of mortgage products available on the market. Total product numbers have risen 28% annually to 14,233 in June: a post-recession high.

Brian Murphy added: “Competition among lenders – as well as a number of new entrants to the market – means that mortgage product choice is now at a post-recession high. This leaves borrowers with a wider range of options to choose from and also encourages more competitive pricing.

As the cost of direct lending has risen post-MMR, banks and building societies are increasingly leaning on intermediaries as a way to reach out to customers. This means a mortgage broker can offer consumers a far broader range of products, and have a better chance of finding one to meet their needs. Using a broker also takes the guess-work out of knowing which products a borrower will be approved for.”