A third of property professionals believe they aren't AML compliant

Despite the vast majority of property professionals being in favour of HMRC acting more proactively to deter money laundering, almost a third believe their own AML compliance procedures wouldn’t stand up to scrutiny. 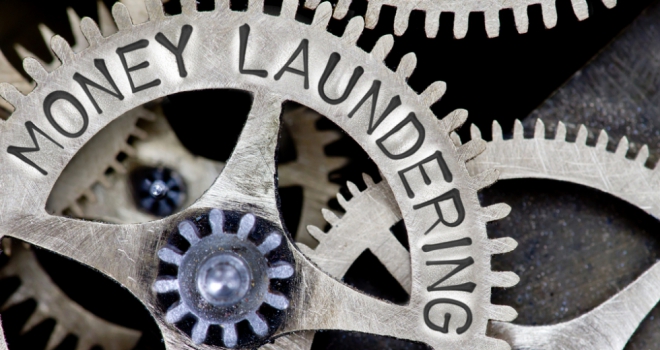 A new survey from anti-money laundering technology platform, Credas Technologies, found that less than a quarter stated they utilised a professional company to handle their AML compliance, while over a third were unaware as to whether it was handled by a professional third party or in-house.

With 45% of property professionals carrying out their own AML checks, it’s perhaps worrying that a third don’t believe their AML compliance would stand up to scrutiny by HMRC - with 13% of those to have stated so also believing it doesn’t matter as they don’t think they will ever come under fire.

When asked about the importance of AML compliance in relation to other workplace goals such as performance targets and additional income opportunities, just 37% believed that it was the most important.

23% stated that hitting their own personal performance targets was of greater importance, 14% prioritised securing additional earning opportunities such as commission on a sale, while 26% placed both factors above AML compliance in terms of importance.

However, Credas Technologies also found that just 11% would intentionally turn a blind eye to AML compliance in order to hit performance targets or secure additional income opportunities, while 9% stated that they may do it unintentionally.

Just 11% also stated that with the cost of living increasing, a strain on personal finances may cause them to turn a blind eye to AML compliance in order to improve their own financial situation.

This pro-AML attitude from the industry suggests that operational strain is a far bigger factor when it comes to remaining completely AML compliant.

In fact, when asked about their attitudes towards AML, 44% believed they are at the frontline in the fight against it, 43% think it’s a pain but appreciate why they need to do it, while just 12% don’t believe it should be their problem.

The good news is that three-quarters of property professionals have also had some form of training when it comes to spotting potential money laundering warning signs, although just 16% stated this training was given by a professional AML company.

However, the vast majority want to see more done to prevent money laundering, with 87% believing AML checks should be a legal requirement for homebuyers and sellers before they are even allowed to submit an offer or instruct an agent.

90% would also like to see HMRC be more proactive in helping the industry rather than ‘clamping down’ simply by issuing fines for non-compliance.

Tim Barnett, CEO of Credas Technologies, said: “There’s no doubt that the property industry is still finding its feet when it comes to complete AML compliance and it's telling that nearly a third of professionals within the sector don’t believe their AML compliance procedures would stand up to scrutiny from HMRC.

"However, it’s fair to say that this is down to a lack of resources rather than an anti-AML attitude, with many struggling under the workplace pressures caused by the pandemic property market boom.

"The in-house execution of AML checks is no doubt adding to this workload and when coupled with the sporadic level of training with regard to spotting money laundering warning signs, it’s hardly surprising the industry is crying out for help.

"The good news is that the majority of property professionals realise the important role they play in preventing money laundering via the sector and they would like to see more done to help them win this fight.

"Unfortunately, this help is unlikely to come from HMRC or any legislative changes with regard to how buyers and sellers are qualified before they can enter the market, so utilising the help of an AML professional is the best way to reduce the burden and increase your AML effectiveness.”