The areas where women out-earn men in the construction industry 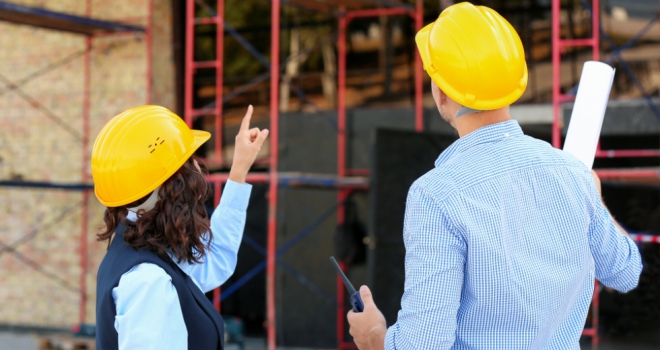 Despite women in the construction and building trades earning more money than their male counterparts on average, large gaps in the available data suggest a significant imbalance still remains in terms of the level of their employment in some sub-sectors.

In the construction industry, however, the average hourly earnings for men is £13.64 and for women it’s £14.02, meaning that the gender pay gap actually swings in favour of women by 2.8%.

The sub-industry in which women outearn men the most is carpentry and joinery, with a pay gap of 12.8% in favour of women. Women also earn more in the NEC sub-sector, with the pay gap swinging 4.8% in their favour.

However, men still earn more in the building finishing trades (13.5%), painting and decorating (6.9%) and plumbing, heating, and ventilation (1.9%).

There is one very significant caveat to the narrative that women come out on top in the construction gender pay gap and that is the fact that they are largely outnumbered by their male counterparts.

This is clear due to the fact that many of the industry’s sub-sectors have no data at all on how much women earn, only men.

This can arguably lead to the conclusion that because so few women work in these sub-sectors there is insufficient data to provide a topline
figure.

Ettan Bazil, founder of Help me Fix, commented: “I think many will probably be surprised to see the construction industry’s pay gap favouring women in what is historically considered a male-dominated workplace.

"However, the gender pay gap is typically used as a simple means of highlighting that men dominate better-paid senior management positions and this causes the average earnings to generally be skewed in favour of men.

"While the presence of women may be far scarcer within the construction sector, the roles they do occupy are largely those that are better paid. So while this positive pay trend is great for women who do opt for a career in construction, the gaps in the data are, in many ways, more enlightening.

"With so many sub-sectors providing no insight into female pay levels, we can only conclude that there simply aren’t a sufficient number of women working within them. So while a robust level of pay is great to see, the real aim for the industry should be attracting more women to roles across the board.”