Yorkshire & the Humber leading the way for asking price sales 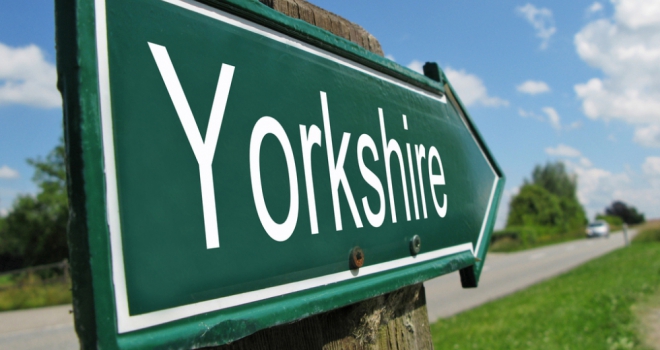 According to the latest available sold price data from Land Registry, 37% of homes have achieved their final asking price or above, significantly higher than the long-term average of 23% between 2005 and 2021.

Since the housing market reopened last year in May in England and in June in Wales the percentage of homes achieving asking price or above has been steadily increasing to reach this new record.

The best performing region is Yorkshire and the Humber where 45% of sellers saw their home selling for at least the asking price.

Tim Bannister, Rightmove Director of Property Data, says: “This unique study quantifies the buyer bidding wars that agents have been reporting since the markets reopened last year, and is further evidence of the unprecedented market that emerged from the various lockdowns with many people deciding they wanted or needed to move as their requirements on space and surroundings changed.

“I would, however, caution against sellers being tempted to ask their agent to put their property on for a price that’s much higher than market value. Although many agents are seeing buyers scrambling to put in offers if your property is priced too high at the beginning it will stick out like a sore thumb on Rightmove as buyers will compare the asking prices of similar properties in the same area. You need to first get people through the door, even for desirable properties in the hotter areas. My advice would be to listen to your agent’s expert opinion, and be mindful that the market is now showing early signs of cooling.”

Bruce King, Director at Cheffins in Cambridge, says: “As the winter of 2020 saw one of the busiest periods in the UK property market to date, the number of completions of properties in January was also much higher than usual, with the majority of houses being sold at over the asking price. The last quarter of 2020 saw almost double the number of property sales agreed in comparison to 2019, as a number of factors impacted the housing market.

"The coronavirus pandemic continued to put massive pressure on property sales outside of London and as buyers moved out to the regions in their droves, we saw a frenzied market with properties coming to the market selling within only a matter of days, with competitive bidding situations fast becoming the new normal. The festive period presented itself with a lack of Christmas parties or holidays and so people were less distracted through the back end of last year and more willing to consider a January completion date.

"For many they wanted to start the New Year with a new start, in a new property and were willing to pay over the asking price to make that happen. This market behaviour we saw is an unusual phenomenon, however, and it’s likely that the market will start to settle once the world slowly begins to open up again. I’m doubtful we will see that level of ferocity in the market again this year. What has also certainly been the case over the past 18 months or so is that people have reignited their love for the house they live in; home is now much higher on their priority list, rather than eating out, holidays or cars.”

Marc von Grundherr, Director of Benham & Reeves in London, says: “It’s little wonder really that such a large proportion of home sales are at asking price or above given that the stamp duty holiday and pent up demand has led to a 50% hike in buyer demand and therefore transactions. Price growth is as ever fragmented across the nation but nowhere are there drops in value.

"Quite the contrary, parts of Britain are seeing double-digit growth in home values and I suspect that there’s more of that to come especially as Rightmove’s numbers show that London and the South East are now awakening from being somewhat behind other regions up until now. A continuing strong economic recovery, low unemployment and interest rates that are barely positive will contribute to further positive data in the coming months.”