Why the pandemic is driving property investors North 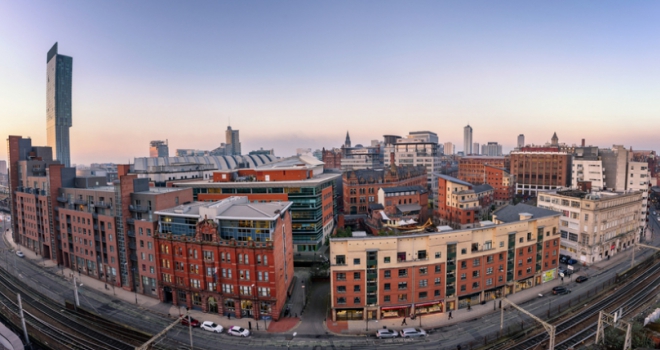 Over the past ten years, the best property hot spots for price growth have been dominated by London. According to research from A-Plan Insurance, nine of the ten top areas for house price rises in the UK were in the capital, with East and South East London leading the field.

Waltham Forest has seen price growth of 126% since 2011, followed by Hackney with price rises of 105%, then Barking and Dagenham, at 96%. Newham, Bexley and Greenwich also made the top ten.

While it’s interesting to see the rises of the past, those currently investing in the property market are understandably more interested in identifying the hotspots of the future.

Dale explains: “Looking ahead ten years, it’s easy to imagine that nine out of the next ten property hotspots will be in the North. We’ve seen a huge shift of investor interest from South to North in recent years. That’s because northern cities are delivering greater potential for capital growth, better yields and strong, sustained tenant demand.”

Savills certainly puts the North at the top of the table when it comes to projected price rises for the next five years. From 2021 to 2025, the company forecasts that the North West will see house prices go up by the UK-leading rate of 28.8%, followed by Yorkshire and the Humber at 28.2%. That’s compared to a forecast UK average rise of 21.1%. Meanwhile, London, the South East, the South West and the East of England are projected to see prices rise over the same period by between a notably below average range of 12.6% to 18.7%.

What is driving this northern boom?

As ever, a range of factors are at play. Extensive redevelopment work across cities such as Manchester, Liverpool and Preston is doing much to push prices up, with new spaces to live, work and play attracting owner-occupiers and investors alike.

The pandemic is playing its part too, with many workers embracing the opportunity to leave the office behind and embrace all that working from home offers – including the opportunity to live wherever they choose. With average prices in the North so much lower than in the South, many families have taken the chance to rethink their reasons for their current location. Hometrack’s April 2021 UK House Price Index shows that the average house price in London is £489,300. In Manchester, meanwhile, the average home costs just £187,100. In Birmingham, it’s £178,500. Rents are equally imbalanced, meaning that both buyers and renters are heading to the North, with investors scrambling to serve the latter.

There’s also the impact of HS2 to account for. Transport Secretary Grant Shapps has advised that the original opening date of 2026 is now more likely to be somewhere between 2028 and 2031 (and that was before the pandemic was even factored in). Nevertheless, the line’s significant reduction of the journey time between the South and the North will likely contribute considerably to rising prices in the latter towards the end of the coming decade.

Dale concludes: “The Northern Powerhouse initiative opened a lot of investors’ eyes to the potential of the North. At the same time, so many ‘best place to live’ type accolades are going to northern cities. Add in the fact that increased working from home has cut many families’ ties with specific locations, meaning they can head north in search of better value, and there’s a clear case for this region leading the UK over the coming decade.”