If I were to make a list of the most common property-related questions I am asked, sitting near the top would be: What is the best property development strategy? 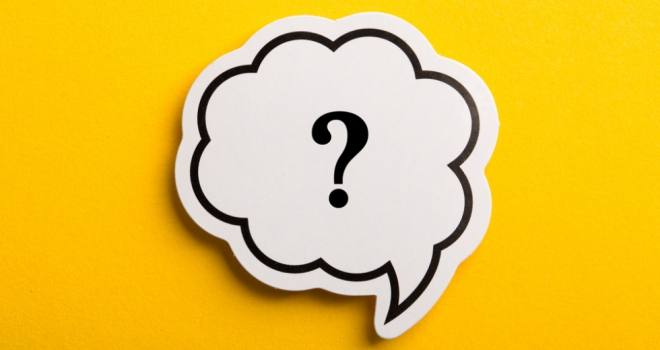 After all, property development is a big subject, with simple flips sitting at one end of the spectrum and multi-million-pound projects at the other. It is not surprising then that people want to know where the sweet spot is, particularly if they are doing development for the first time. Most people usually want to do more than a quick flip, but they baulk at the thought of building an entire housing estate. Something between the two is often a good fit, but what would that look like?

Let's narrow things down a bit.

The first thing to consider is what sort of profit you are looking to make. Assuming you are looking for a 20% return on each project's selling price, if you want to make £100k, you will need a project where the units sell for £500k. Similarly, if you're going to make a million, your project will need to have a sales value (a.k.a. gross development value or GDV) of £5m. Most people we train would be looking to create a profit of between £100k and £500k from each project, which places them firmly in the small-scale development category. I'll let you work out how many flats you'd need to build in your neck of the woods to hit your target number, but for most people, it won't involve building a housing estate – more likely a handful of flats.

The next consideration is risk. You want to be able to avoid as much risk as possible for a whole host of reasons, not least your ability to sleep soundly at night. Similarly, you will want to make sure you are able to get your projects completed quickly.

How do you achieve this?

My first recommendation is to stick to small-scale developments rather than thinking that doing a project ten times the size would be a good idea. Yes, the bigger project will involve less than ten times the work on your part, but it can easily involve ten times the stress and ten times the risk.

In case you've not met them before, PDRs are rights granted by the government that allows us, among other things, to convert commercial buildings to residential use without the need for full planning permission. And from a developer's perspective, they are very good news indeed.

It's worth mentioning at this point that there have been some wholesale and very attractive changes to PDRs in England recently. From 1st August 2021, it is now possible to convert a much wider range of properties into residential ones without the need to apply for full planning

permission. To give you some idea, you can now convert shops, cafes, restaurants, banks, financial and professional services buildings, gyms, light industrial buildings, offices, doctors' surgeries, medical or health services buildings, creches, day nurseries, and indoor sports centres. That gives us a vast number of small-scale projects to aim for since many of these buildings will be way too small for larger developers to bother with.

So, to recap, we want a relatively small project, and we want to use the latest permitted development rights to reduce the planning risk. So far, so good, but let's narrow things down even further. You may recall when offices were given permitted development rights that allowed them to be changed into residential. The early adopters made a killing, and it seemed like everyone was doing 'commercial conversions' before long. Not only did their popularity reduce the number of available deals, but it also meant that vendors knew they could charge a premium for their host properties.

Now that we've got these new permitted development rights, where will the sweet spot for the early adopters be? Should we be looking at turning gyms into serviced accommodation units or banks into apartments? And surely retail conversions have got to be a good bet right now given the number of vacant shops on our high streets?

There are two basic rules to remember when it comes to understanding how to win good property deals:

Rule number one is to avoid as much competition as possible by looking where other developers aren't.

Rule number two is to know how to make more profit from a property than the other people looking at it.

When I look at the list of buildings that can now be converted under permitted development, there are some obvious candidates for 'most attractive opportunity'. Office conversions will rank highly, even though the right to convert has existed for some time. After all, it's usually relatively easy to see how an office building could be converted to flats because the windows are in the right place and there's usually a provision for parking. Retail conversions will also turn a few heads, given the proliferation of empty units and the perennial desirability of urban living (at least for those who weren't climbing the walls during lockdown).

Again, it's relatively easy to see how retail uppers could be converted into apartments, as many already have been all over the country.

But if offices and shops will be where most people look, they'll fall foul of rule number one. Look past the opportunity most people are drooling over towards the least attractive one that almost everyone overlooks: ugly can be beautiful when it comes to property development. By the same token, we need to make sure there are enough of these ugly opportunities available, otherwise, the strategy could be over before it's begun. So, what is the ugliest building type on the list where there is still a plentiful supply? The sweet spot for my money is light industrial. Here’s why.

Light industrial buildings are buildings that house industrial processes and are located in a residential area. This proximity to other homes is an obvious benefit since we don't want to convert properties that are in the middle of nowhere or on an industrial estate. Nearly every

town in the country has hundreds of these buildings. Most have grown organically, sometimes without planning permission, over the last century or so. Walk down any number of streets near the town centre, and you'll see plenty of them, often hiding in plain sight. Many are little more than four walls and a roof, the idea being to create a large open-plan space that can house whatever business is being run there. Printing works, MOT centres, workshops, car repairers, widget manufacturers – there's a long list of businesses that will occupy light industrial units. And it's fair to say that the vast majority of these buildings are not what you'd call 'lookers' – they're quite the opposite.

As a result, when most people look at a light industrial building, they don't immediately think about the great opportunity to convert it into apartments. Instead, they wonder who would possibly want to live in such an ugly old building and decide that it would need to be knocked down to start again. This immediately removes most of the competition since the cost of demolishing and then rebuilding from scratch will be far more than simply converting what's already there. This is excellent news, as it satisfies rule number one: ditch the competition.

But the 'ugly is beautiful' thing doesn't end there, as there is a raft of other benefits to converting light industrial buildings. Most light industrial buildings will be built on a thick concrete slab. This slab will typically extend across the entire floor plate and should be more than sufficient to support a residential building. This means that wherever you want to build a wall, you already have a nice firm base in place. In many cases, the base may even be deep enough to support a multi-storey residential building: two storeys is always going to be more profitable than one.

Most light industrial buildings are open plan, unlike office buildings which tend to have supporting pillars and stairwells dotted around. This makes for far fewer constraints in terms of the layout of your flats. It is relatively straightforward to upgrade the walls, floor, and roof to residential specification, plus your contractor will love you since they can do most of the work inside, undercover (rain isn't much fun to work in and can even stop play).

Light industrial buildings also tend to have significant headroom. This could not only allow you to add a second storey or to create vaulted ceilings, but you also have room to raise the floor to accommodate insulation and pipework underneath. And since you're not disturbing the existing concrete base, any potential contamination issues lying underneath it will remain equally undisturbed.

Conversions are all very well, but what about new-build? All this recycling of existing buildings sounds very worthy, but surely it is easier to build something new from scratch? Well, once you have planning permission granted and the foundations are in, then I'd probably agree with you. But two of the key challenges of new-build is the unknown quantity of going into the ground and the risk of NOT getting planning permission. All manner of horrors can be found lurking beneath the contractor's spade, such as old wells, utility pipes, and unstable soil, and you only get to discover these problems after work commences.

That, coupled with the requirement for full planning permission makes new-build riskier in my book than converting an existing building under permitted development. In addition, digging the footings for a new-build is relatively straightforward when the weather is fine but not so great when it's not.

Eye of the beholder

The final benefit of converting light industrial buildings lies in people's inability to see past their ugly façade. Surely you can't make a silk purse out of a sow's ear, they'll think. I'm reminded of this argument each time I see the eye-watering cost of flats converted from the old wharf buildings on the Thames or the loft apartments in New York. A few generations ago, living in one of these buildings would have been unheard of, yet now they're eminently desirable, with prices to match.

Rather than try to mask their heritage, the developers have made a feature of it. I won't pretend that the old printing works on Commercial Street has the same kerb-appeal as a wharf conversion overlooking Tower Bridge. But the same principle applies, and a good architect will be able to sort the external appearance, and they will also be able to incorporate heritage design cues and features that add both interest and value. And when the competition is a bevvy of uninspiring, lookalike flats, your more characterful, individual units will certainly gain an edge.

So, the next time you see an ugly, tired old light industrial building, try looking at it with a fresh pair of eyes. The ability to convert to residential using permitted development rights and a lack of competition make these buildings an attractive proposition, plus the small-scale nature of these projects make them ideal for the first-time developer. Not for the first time, as it turns out, beauty is in the eye of the beholder.