What does BoEs latest gloomy prediction mean for the UK housing market? 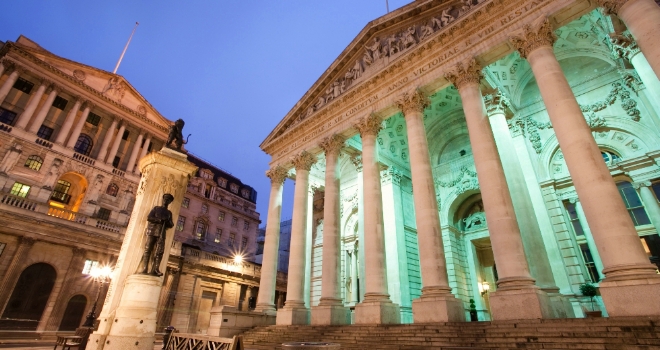 When you consider that the Governor of the Bank of England is well aware that the subtleties of language are absolutely paramount when giving a forecast, words and phrases such as “hardship” and a “very sharp slowdown” make for some pretty grim reading.

There doesn’t need to be a recession to dampen the mood in the UK housing market. Mere talk of a slowdown can leave people feeling jittery and some gloomy predictions from the Bank of England last week led to equally ominous headlines. Alongside a rise in the base rate to 1%, inflation is expected to peak at around 10% in Q4 this year. Its warnings prompted the pound to fall to a two-year low.

Some buyers and sellers have understandably become more hesitant since the warning, although it doesn’t feel like a black cloud has suddenly descended over the market. According to Knight Frank, expect double-digit house price growth to slow to single digits by the end of the year as mortgage rates rise, the cost-of-living squeeze intensifies, and (perhaps most importantly) supply increases. However, they add, the central case for house prices remains that a recession will not get thrown into the mix.

Indeed, some economists have been left scratching their heads after the Bank of England’s latest assessment, which was an abrupt slowdown in Q4 this year and a smaller contraction in Q3 2023 rather than a technical recession of two consecutive quarters of decline. Capital Economics said the Bank’s “dramatic cuts” to GDP will “prove to be too downbeat”, questioning its assumptions on energy costs, the absence of government support and the mitigating role of household savings. While other economists agree with the Bank, the EY Item Club issued its own forecast last week, pointing to GDP growth this year and next.

David Smith, the economics editor at The Sunday Times, suggested the Bank was possibly trying to instigate pay restraint with its downbeat predictions.

Savvas Savouri, chief economist at Toscafund, offered a simpler explanation: “I’m not sure the Bank of England has an agenda by cutting its forecasts, in my view it is simply wrong. I cannot see the route to a recession or even a single quarter of economic decline,” He also questioned the Bank’s assumptions, saying they “significantly underestimate the UK consumer”.

He added: “When the OBR next updates its UK economic outlook, we have no doubt it will provide more reasoned forecasts for growth ahead.”

Such conflicting opinions don’t help buyers and sellers, but the assumption of a marked slowdown clearly comes with more caveats than some of the recent headlines would suggest. What about the Bank of England’s actions rather than its words? Lifting the base rate to 1% means there are practical rather than theoretical concerns in the mortgage market, with lenders currently withdrawing their best products on a daily basis.

Simon Gammon, head of Knight Frank Finance, said: “Proactive borrowers are booking in rates now. Some offers are locked in for nine months and it makes sense to act sooner rather than later when every day between one and three lenders are pulling their cheapest products, with rises of between 10 and 30 basis points.”

The situation is being exacerbated because lenders do not want to be “top of the leader board” for the most attractive rates on the market.

Simon adds: “Too much lending can lead to issues around maintaining service standards and bottlenecks. The other reason is that in an environment where rates are rising, the concern of lenders will be focussed on managing their loan book rather than growing it.”

In summary, what the Bank does rather than what it says is perhaps worth watching more closely for now.