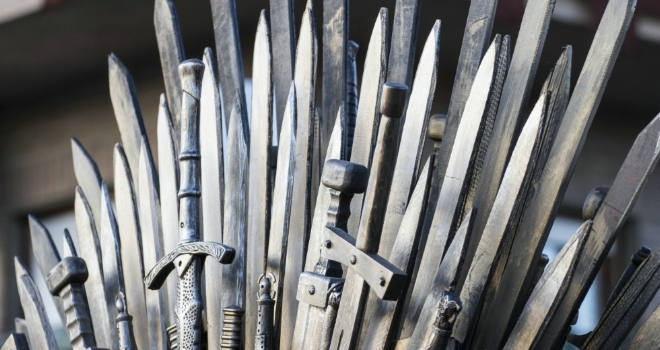 As the seventh season of Game of Thrones nears its finale, and likely a heart-wrenching cliffhanger, hybrid estate agent eMoov.co.uk has compiled a list of places across England where die-hard fans can get a GoT themed property fix with the same namesakes as the show to tide them over until season eight.

King’s Langley in Hertfordshire easily makes the top of the list for GoT fans looking to get on the ladder after the town changed its named in February 2014 to King’s Landing for a week to draw attention as a fan base for Game of Thrones enthusiasts. The town signs changed and local businesses were encouraged to follow suit with the theme that ultimately proved to be successful as far as property is concerned.

Since the change to King’s Landing, prices have jumped by +43% from £288,033 to £412,301 today. The adoption of a Game of Thrones namesake seems to have positively impacted the area with the rate if price growth in Dacorum exceeding both the average for the wider county of Hertfordshire and England, which rose respectively by +41% and +27%.

Although the market in King's Langley has already enjoyed a GoT inspired price spike, there are still a number of other areas for a GoT themed property at all buying budgets.

Silverhill Drive: £117,500
If fans are looking for something different in their investment, and perhaps a little less of Cersei Lannister, then Silverhill Drive in Newcastle-Upon-Tyne is an affordable option with price tags averaging £117,500. Although Silverhill Castle in the series is in fact still in the Lannister controlled territory of the Westerlands near Casterly Rock.

Rose Road: £181,000
Birmingham’s Rose Road has property going for £181,000, a low price in contrast when considering that the road with the same name in Game of Thrones is the second largest across the Seven Kingdoms connecting King’s Landing and Oldtown.

Kingswood: £288,386
Going up in value is the village of Kingswood in Gloucestershire with an average property price of £288,386. Kingswood shares a name with the large forest stretching across Central Westeros from King’s Landing to the Stormlands.

Wolf’s Wood: £390,500
Surrey’s Wolf’s Wood is a road where prices average £390,500. This higher price could account for a quieter lifestyle similar to that in the North near Winterfell but with easy commuter access into the capital.

Blackwater: £588,940
Fans of King’s Landing may want to look to the town of Blackwater in Hampshire, where the average price tag is £588,940. Blackwater Bay sits on the edge on King’s Landing, and similarly, Hampshire is in close proximity to London.

King’s Road: £745,333
Instead of worrying who will take the Iron Throne over the next few months, fans wanting to buy in a more regale neighbourhood can look no further than the King’s Road in the Royal Borough of Kensington and Chelsea, where prices average £745,333. Hopefully homebuyers on the King’s Road do not encounter any thievery along the way!

“It’s always interesting how the popularity of a show can have an impact on the property industry as of course, by attracting more people to the area in terms of tourism, the wider economy and property market can benefit.

"The name of a road or house can also help influence, or in some case, deter buyers for a variety of reasons, although purchasing solely based on your love for Game of Thrones is probably a bit drastic.”