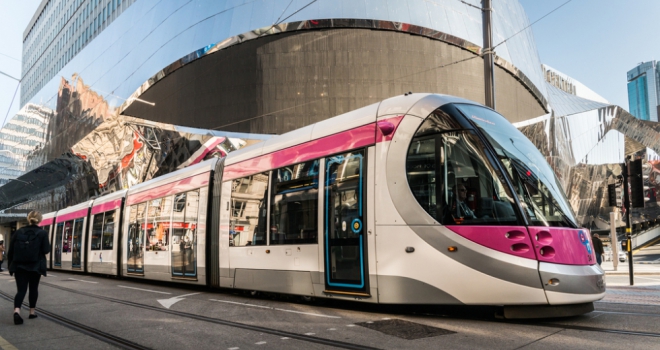 A potential uplift in property prices caused by upgrades to transport networks across the West Midlands has been highlighted in new research from Birmingham estate agent, Barrows and Forrester.

The West Midlands is currently undergoing extensive plans to transform transport infrastructure with a number of current Metro extensions either planned or already underway, as well as news last week that work has begun on the 300km test route for an ambitious autonomous vehicle network.

Previous research from Nationwide Building Society found that property prices within 750 metres from a transport station are 6% higher on average compared to those at a further distance.

The firm looked at property prices along the existing Metro line and found on average, homes are worth £226,909.

They then looked at the areas where line extensions are currently under construction and found the average property price sits at just £189,507. However, with a Metro station on the way, these pockets of the property market could be due for a boost in values, with a 6% increase bringing the average house price up to £200,877.

The B15 postcode, soon to be home of the new Five Ways station, could see the largest uplift in monetary terms with a 6% increase equates to a £13,746 boost in house prices.

As well as current extensions, there are a number of other areas earmarked for development, providing future homebuyers with a more affordable foot on the ladder and a potential return down the line.

Again, the highest increases in a monetary sense would be in the areas surrounding the New Canal Street, Meriden and High Street Deritend stations, with an uplift just shy of £12,500.

But it isn’t just the development of the Metro that could help boost house prices, the additional benefits of the planned autonomous vehicle route could also play its part.

Currently, house prices along the route due to benefit from the service sit at an average of £232,212 but this could climb to £246,145 due to the availability of upgraded transport links.

The largest monetary increase would be for homeowners in Meriden, where prices could climb by over £20,000, closely followed by Curdworth and Baginton with jumps of £19,000 and £18,000 respectively.

James Forrester, Managing Director of Barrows and Forrester, commented: “The current and continued development of the West Midlands transport network will play a vital part in building the region’s future and will help boost the local economy across a number of fronts.

One such boost will almost certainly be the pockets of the local property market, due to benefit from these developments and homeowners can expect to see the value of their property increase as these extensions become operational.

As our research shows, there is already a notable gap between property prices in areas already serviced by the Metro and those due to join the network.

Our advice to savvy buyers would be to buy at a lower price point along with a soon to be completed extension, as this will ensure the convenience of a good transport link without paying through the nose, while almost certainly seeing the value of your investment climb over the coming years.”