Annual house price growth eased from 12.1% in April to 11.2% in May as some heat comes out of the market due to the rising costs of living, according to the latest data released this morning by Nationwide. 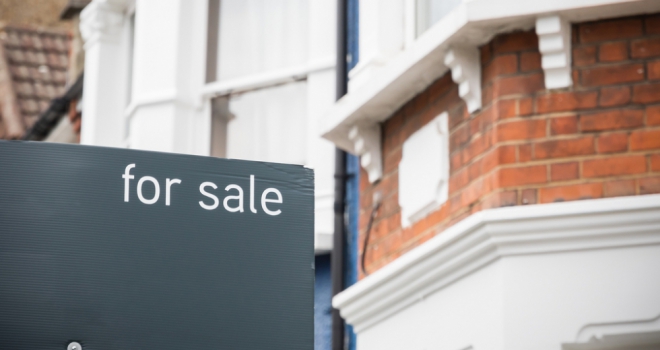 Prices saw a 0.9% month-on-month rise after taking into account of seasonal effects, with low stock levels once again the driving factor behind upward pressure.

Robert Gardner, Nationwide's Chief Economist, comments: “May saw a slight slowing in the rate of annual house price growth to 11.2%, from 12.1% in April. Prices rose by 0.9% month-on-month, after taking account of seasonal effects – the tenth successive monthly increase, which kept annual price growth in double digits.

“Despite growing headwinds from the squeeze on household budgets due to high inflation and a steady increase in borrowing costs, the housing market has retained a surprising amount of momentum. Demand is being supported by strong labour market conditions, where the unemployment rate has fallen towards 50-year lows and the number of job vacancies is at a record high. At the same time, the stock of homes on the market has remained low, keeping upward pressure on house prices.

“We continue to expect the housing market to slow as the year progresses. Household finances are likely to remain under pressure with inflation set to reach double digits in the coming quarters if global energy prices remain high. Measures of consumer confidence have already fallen towards record lows. Moreover, the Bank of England is widely expected to raise interest rates further, which will also exert a cooling impact on the market if this feeds through to mortgage rates.

“Our recent housing market survey revealed that, as well as more people looking to move, over half of those surveyed (54%) are considering enhancing their home.

“The most popular option for those looking to make improvements was to add or maximise space, with more than a third (37%) citing this as a motivating factor. Interestingly, 29% of those surveyed wanted to improve energy efficiency or reduce the carbon footprint of their home. This consideration has become increasingly relevant in light of surging energy costs, though decarbonising and adapting the housing stock is also important if the UK is to meet its 2050 emissions target.

“2022 marks the Queen’s Platinum Jubilee and it is also 70 years since we produced our first house price data. The housing market was very different back in 1952, with just 32% of households owning their own home, compared to 65% today.

“In 1952 the typical house cost four times average annual earnings, but today the average home costs 6.9 times earnings - a record high. However, borrowing costs were higher back then, with Bank Rate at 4.0%, compared to 1.0% currently.

“In the early 1950s, almost all mortgages were advanced by building societies, where the overwhelming majority were small, locally-based lenders. In 1952, there were 800 societies operating in the UK, compared to 43 today.”

Tom Bill, head of UK residential research at Knight Frank, said: “Despite double-digit house price growth, a slowdown is in the post. Mortgages have become notably more expensive in recent months and inflation will get worse before it gets better. For those wondering how house prices can continue to grow as the cost-of-living squeeze intensifies, the answer is that they are happening for the same reason – a supply chain disruption. As more property is listed and demand is eventually curbed by higher rates, we expect price growth to drop to single digits this year.”

James Briggs, head of personal finance intermediary sales at specialist lender Together, said: “House prices increased slightly by 11% in July, once again highlighting the record demand for property in the face of wider economic uncertainty.

“However, due to the impact of the highest levels of inflation in 40 years, cost-of-living challenges and supply shortages, it’s possible that we will soon see the housing bubble start to deflate, particularly in regions that have seen exponential growth in recent years. Additionally, the Bank of England may find itself tightening its monetary policies further to curb inflation with more rate rises afoot, making mortgage borrowing more expensive for buyers and those clients rolling off fixed products.

“With worries of a recession on the horizon, stretched consumers may be reassessing their finances as they brace for autumn, where energy bills are set to soar, and discretionary spending will be increasingly curbed.”

Jeremy Leaf, north London estate agent and a former RICS residential chairman, says: "The only surprise in these figures is why it is taking so long for the slowdown we have noticed in our offices over the past few months to be reflected in the numbers. But don’t get me wrong - we are seeing a reduction in growth, not a major correction as prices continue to be supported by a lack of choice and a strong labour market.

"However, still-rising interest rates and cost-of-living pressures are likely to have an increasing impact in the next few months."