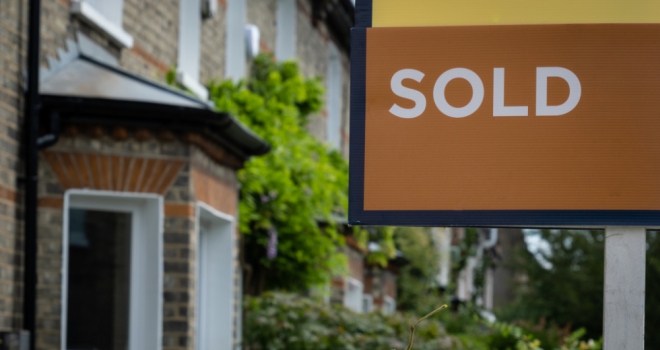 The stamp duty holiday has only had a limited effect in distorting the housing market and its end is unlikely to greatly affect it, according to Knight Frank.

Head of UK residential research for the firm, Tom Bill, highlighted March's data from OnThe Market which showed a 30% increase year-on-year in the number of properties going under offer in England and Wales and suggested that a breakdown of these figures by price band showed that the stamp duty holiday had not boosted activity “to a greater extent” in lower value markets.

Below the £500,000 threshold, “in which the stamp duty holiday creates the largest saving”, the increase in this type of activity was a modest 26%.

Knight Frank’s exchange data also showed the limited extent to which the holiday has distorted the market, with the number of exchanges above the stamp duty holiday threshold showing notable increases against the five-year average. In March, the number of exchanges above £1.5 million rose 56% versus the five-year average. Between the £1 million to £1.5 million price band, this was 89% and for homes priced between £500,000 and £1 million, the increase was 64%.

Bill adds: “Furthermore, with the holiday in place for nine months, buyers and sellers have increasingly factored in the need for price flexibility. All of which suggests the brakes will be dabbed rather than slammed on when the stamp duty holiday eventually ends.

“The stamp duty holiday has been an important motivating factor for buyers but the figures show that it hasn’t boosted activity to a greater extent in lower value markets. The maximum saving is £15,000 and although the tax-free threshold is £500,000, it is reasonable to assume it will be an important consideration for buyers up to £1 million.”

In separate research from Knight Frank, during the pandemic, more residential super-prime sales above US$10 million took place in London in 2020 than in any other global market. Knight Frank said that “US$3.7 billion transacted in the city at this level, outpacing usual rivals of New York and Hong Kong”.