Reflecting on the current state of the UK property market 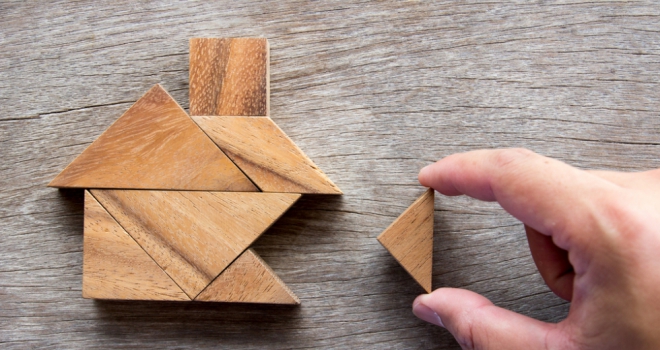 Jamie Johnson, CEO and Co-founder of FJP Investment, takes a look at what has happened to the UK property market since the EU Referendum and what the next twelve months may hold.

It’s hard to believe that almost three full years have elapsed since the 2016 EU referendum. Yet the Government’s slow progress towards reaching a Brexit deal that appeals to both remainers and leavers means there is still a lot of work to be done before the terms on which the UK will withdraw from Europe are realised.

Until a clear agreement is reached, Brexit will continue to dominate the headlines. And the current political climate has certainly left room to speculate about what the future will hold for the UK economy, including many of its leading industries and financial markets.

Naturally, the UK property market has faced intense scrutiny in the lead-up to Brexit, as buyers and sellers look for indicators of how real estate will hold up as an asset class. Luckily, the picture looks promising for those considering bricks and mortar for secure, long-term returns.

For one, house prices have remained resilient despite many doom and gloom predictions following the vote in June 2016. At the same time, there has been continuing investment into an array of new-build developments up and down the country in an effort to meet outpacing market demand for property.

It is inherently difficult to predict how the property market will adjust to Brexit given we still don’t know when or how this will transpire. Yet at this critical juncture, there is good reason to believe that real estate will remain a leading asset for domestic and international investors.

House prices have risen – for the most part

One of the key trends to note is the persistent growth of house prices in many parts of the country. If we consider the average UK house price in June 2016, this figure stood at £214,000, according to the Office for National Statistics. Just over two and a half years later, this figure had risen to £228,000 by January 2019.

While naturally growth in some areas has slowed, if we consider the overall picture, bricks and mortar has remained overwhelmingly resilient in the face of such political and economic uncertainty – a trait that has been tried many a time over the last decade. Having weathered the storm of the global financial crisis, three general elections and the Brexit vote, property has undoubtedly established itself as a promising investment destination during times of volatility.

Even as we approach the Brexit deadline, the volume of property transactions taking place is a testament to the strong activity in the market. The UK Property Transactions Statistics for January 2019 showed that on a seasonally adjusted basis, the number of transactions on residential properties with a value of £40,000 or greater was 101,170 – 1.3% higher than a year prior.

Meanwhile, if we are to look at some recent projections, the Office for Budget Responsibility (OBR) offers a promising forecast; it suggests that house prices will increase by 4% year-on-year between 2020 and 2025.

This is not to say that there hasn’t been a degree of hesitancy, however. There has been a natural temptation from buyers and sellers alike to take a ‘wait and see’ approach. But once details of the final Brexit plan are unmasked, there are plenty of reasons to believe that activity will pick up in the property market.

Unlike non-tangible assets such as stocks and shares and bonds, which can be radically influenced by volatile shocks, real estate remains an attractive investment due to its historical performance. This boils down to its ability to withstand uncertain climates and offer both long-term capital growth and short-term yields.

In fact, a recent survey of more than 500 UK-based property investors found that 64% had not seen Brexit impact their property decisions at all. Meanwhile, almost half (45%) had actually invested in more properties since the EU referendum – and only 7% had downsized their portfolios.

An important factor encouraging consistent returns for investors is the current imbalance between supply and demand. With more people seeking a property than there are houses on the market, this imbalance is increasing house prices and encouraging investment into new-build developments in towns and cities across the country.

The housing crisis remains one of the most pressing challenges facing the industry today.
Notable commitments have admittedly been made to address this issue, with many Government announcements having largely been centred on boosting construction efforts.

Most recently, the Chancellor’s Spring Statement unveiled a raft of funding pledges for housing and infrastructure, including £717 million from the Housing Infrastructure Fund to support the delivery of new homes in London and Cheshire.

This commitment forms part of the Government’s overall target of putting 300,000 new homes onto the market by the mid- 2020s – an ambition that currently seems out of reach. Figures released by the housing ministry in March 2019 showed that building work began on 40,580 homes in England during the final quarter of 2018; 8% down on the previous three months.

Progress is certainly taking place, but it remains slow. Going forward, we must ensure that developers have the support and funding they need to deliver new homes. Solutions like debt investment products – such as the likes of loan notes and off-plan property investments – are one way of enabling investors to access new-build properties; by providing loans to construction firms.

The UK property market is certainly well positioned to offer ample opportunities for those seeking to invest in real estate over the coming 12 months. And, as the new financial year beckons, investors have much to be optimistic about – not least of which is the on-going commitment towards housebuilding and the clear appetite for UK bricks and mortar.