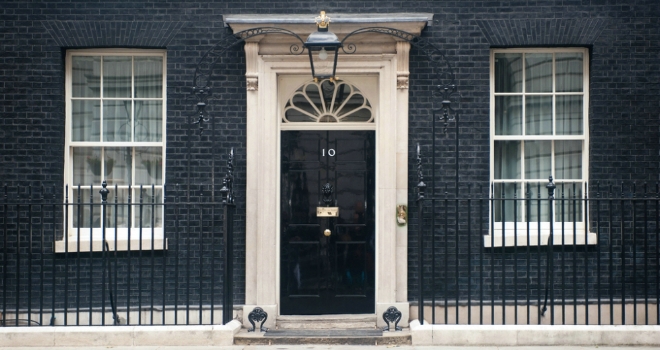 After a night where we saw the credibility of the pollsters shattered, calls for Theresa May to resign after a crushing defeat, the housing minister losing his seat and a jubilant Jeremy Corbyn high-fiving Emily Thornberry in the breast, we catch our breath and take a look at how the property industry has reacted.

Jeremy Leaf, north London estate agent and a former RICS residential chairman, says: "A hung parliament will result in an extended period of uncertainty with decision-making kicked into the long grass. Theresa May is correct - we need a period of stability as that will quash uncertainty which is bad for the housing market - but it is not clear at the moment whether she can deliver it. Stability is crucial in enabling people to make big decisions such as buying and selling property.

The hopelessness we are seeing on the ground about not being able to get on the housing ladder has come through. If there is one message that has come out of this election, it is that the young have voted overwhelmingly for change.

Politicians will have to consider the needs of the young more than they have in the past which could mean more help for first-time buyers, perhaps extending Help to Buy so that it covers older properties as well as new build, dealing with affordability issues and more help on stamp duty.

One thing all the parties agree on is that we need more housing so it has to be a priority for whichever formal or informal coalition is created."

Russell Quirk, founder and CEO of eMoov.co.uk, comments: "As we awake today to the opposite of a strong and stable administration but to a rather unexpected hung parliament, I fear that the property market’s post-election return to normality that I’d hoped for may be rather further away still.

Political instability breeds procrastination on the part of homebuyers and sellers and for over a year now we have seen the effects of that on volumes, if not so much prices, as a consequence of the EU vote and then the snap general election.

A hung parliament means that Theresa May does not have the mandate that she sought for herself and for a ‘hard Brexit’. Whilst the Conservatives may be able to form a minority government propped up by the DUP in Northern Ireland, we now face the serious prospect of the selection of a new Prime Minister and then, probably, a further general election in the autumn.

So whilst the UK voter may understandably develop electoral fatigue, transactions in the property market may also stay somewhat anaesthetised until it’s re-awoken by something more politically and economically decisive than we have seen over the past 24 hours.
In addition to the prospect of Theresa May being forced out for grabbing humiliation from the jaws of victory, we will also see yet another Housing Minister in post by next week given that Gavin Barwell has just lost his Croydon Central seat.  That’ll be our 6th Housing Minister in almost as many years.

Regardless, I suspect that the housing brief will take a back seat now, despite politicians’ promises in recent weeks, given the combined weight of negotiating Brexit, stabilising our economy, button-holing political support across the aisle on every vote and, inevitably, campaigning again for the next poll."

Richard Pike, sales and marketing director at Phoebus Software, had this to say: “The election result shows again that nothing is certain in politics.  What we needed was certainty through a majority, what we are left with is further uncertainty through a hung parliament.  The result  could affect  not only domestic policies but the whole Brexit process.

The Conservatives need to form a Government in whatever way it can if it is to be ready for Brexit negotiations to start in ten days’ time and in order to stabilise the economy. Unfortunately until a new Government has bedded in, many areas that we as an industry wanted to see action on such as housing policy, may well take a back seat”.

Charles Smith, managing partner of LREA, had this to say: “Uncertainty is always unsettling for all markets, not least the property market. Despite this, it was encouraging to hear Michel Barnier making considered and welcoming statements this morning about an EU/Brexit deal, a contrast to the previously hard line being issued by the British government.

Any signal of a mutually happy exit deal will be very welcome, especially in the financial services sector, so important to a healthy property market. The next 48 hours will be very interesting.”

John Phillips, group operations director at Just Mortgages and Spicerhaart says, “On reflection, I think the housing market has proved to be pretty resilient, all things considered. This is particularly true in terms of the last year and a half, with the Scottish referendum, the snap general election and Brexit. Although the mortgage market has reported a slight slowdown in the last couple of weeks in the run up to the election, this was to be expected, and now that the great British public has spoken, we must once again keep calm and carry on.

Some buyers and sellers have recently adopted the wait and see approach and it is likely that the market will quieten down again next week while things start to settle down. However, as things start to unravel, I am hopeful that the market will soon get back to the norm. We must also remember that housing demand is still outstripping supply, people still want to own their own homes and lenders are still cutting interest rates. Ultimately it is these strong fundamentals that will continue to underpin the market.”

Melanie Leech, Chief Executive, British Property Federation comments: “This is not the outcome the country needed going in to the Brexit negotiations or in terms of setting a clear direction for the UK’s future. Businesses don’t like uncertainty and there will clearly now be a further period of uncertainty, which will be unhelpful. Whilst there may be further uncertainty at a national level, BPF members will continue to work with local leaders, including the newly elected Mayors across the country, to invest in local communities – and we stand ready to work with whatever shape of government now emerges.”

Ian Fletcher, Director of Real Estate Policy, British Property Federation adds: “The need for a significant increase in new homes was acknowledged by all the political parties during the general election. The Conservatives had a plan, via the Housing White Paper, going into the election and upped their ambitions, promising 1.5 million new homes by 2022.

That ambition will only be met through a multi-tenure approach, and we estimate Build-to-Rent could help the new Government meet a quarter of its housing shortfall. Many in our sector share the Government’s desire to deliver 1.5 million homes by 2022 and the greatest impediment to all our ambitions will be procrastination. Our part of the sector has plenty of funds to invest and if even as a stop gap, new Ministers should adopt the White Paper and maintain momentum on delivering the homes we need. For the sake of those needing a home, let’s all just get on with it.”

We are sad to see Gavin Barwell losing his seat. In a relatively short space of time, he had shown himself to be very clued up on the sector and its challenges, keen to do things and very much a pragmatist. We hope he is not lost to housing, and pops up in our sector in other guises. So far as new Ministers are concerned, it is far too early to speculate. If Gavin Barwell had a clone, we would love to have them! The important thing is to have somebody who is passionate about the sector, pragmatic rather than dogmatic, such are the challenges the sector faces, and who is decisive and wants to get on with delivering the quality homes we need.”

Nick Leeming, Jackson-Stops & Staff Chairman, comments on the General Election result: “The UK was promised a period of stability but today’s announcement provides anything but at this stage. All markets abhor uncertainty and the housing market is no exception. The priority now must be for politicians to provide reassurance by forming a Government as quickly as possible.

The housing market has already been the recipient of doom and gloom in the news this week and certainty is now required to inject confidence and increase fluidity across all levels.

With Gavin Barwell gone, it will be interesting to see what happens to the long awaited Housing White Paper that disappeared from the scene since its publication in February. Regardless of how the Government is formed, it is clear from each of the main political parties’ manifestos that housing is a priority and so a clear strategy must be put in place to tackle the problems of supply, high transaction costs and affordability.”

John East, Director of KFH Land and New Homes, said: “The property market thrives on confidence and it’s important the uncertainty of a hung parliament is quickly resolved and a clear strategy is set out to tackle housing shortfalls, particularly in London.”

Robert McLaughlin, Sales Director at KFH, said: “It’s important a government is quickly confirmed in order to provide all corners of the economy with confidence. Motivated buyers and sellers have not been put off by the politicking of the last two years and we expect that to continue now the election is out the way.”

Carol Pawsey, Lettings Director at KFH, said:  “The spotlight is firmly on the rental sector as a key component in shoring up housing supply. The new government, however it is compiled, needs to ensure we have a balanced private rental sector that attracts investors and landlords to the market while looking after the long-term interests of the increasing number of tenants looking for quality long-term rental homes.”