A new report from from Lloyds Bank has revealed that there is a correlation between employment and house prices - showing the largest improvements in unemployment have typically experienced above average house price rises over the past decade. 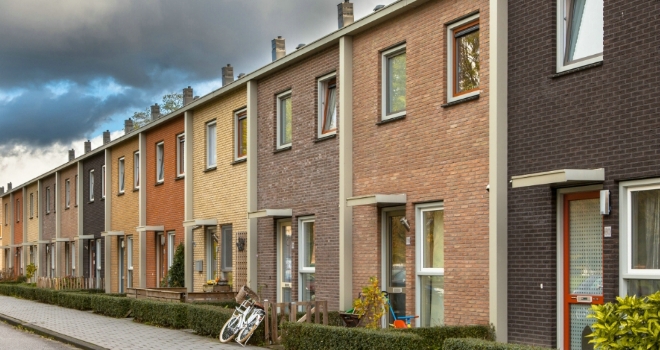 "A strengthening job market helps to boost confidence, puts more cash into customers’ pockets and also makes it easier to secure a mortgage"

The analysis also found that the 10 areas with the highest unemployment rates recorded average house price growth of just 10%, less than half the national average (25%), since 2007.

The 20 areas that have recorded the sharpest falls in unemployment have, on average, seen house price gains of almost double the national average over the past decade: 48% against the Great Britain average of 25%. The ten areas with the biggest unemployment declines have seen an even larger house price rise, averaging 53%, between 2007 and 2017.

The best performing area amongst the 20 largest unemployment fallers is the London borough of Waltham Forest, which has experienced a 92% house price rise over the past decade from £233,779 to £449,384.

Those areas that have seen the best improvements in unemployment have, on average, outperformed the national average in terms of house price gains, but there are exceptions. For example, a number of local areas in the North West feature amongst the top 20 in terms of unemployment performance but some have recorded only modest house price gains: Liverpool (8% from £144,135 to £155,100), Halton (7% from 139,580 to £149,243) and Knowsley (5% from £134,231 to £141,075). Despite recording sharp falls in unemployment, these areas have all had well below average employment rates over the past ten years.

Those areas that have performed worst in unemployment terms over the past decade - either recording very small falls or a rise – have, on average, performed broadly in line with the national average in house price terms; 26% against 25%. Seven of the ten worst unemployment performers, however, experienced house prices gains that were below their region’s average, while the ten areas with the highest unemployment rates recorded average house price growth of just 10% since 2007, less than half the national average (25%).

Andrew Mason, Lloyds Bank Mortgage Director, said: "A number of factors have contributed to mounting pressures on house prices across the country in recent years, however, falling unemployment and the creation of more jobs are key drivers as this research highlights. A strengthening job market helps to boost confidence, puts more cash into customers’ pockets and also makes it easier to secure a mortgage. These developments all help to increase the demand for homes, which leads to increasing property prices.

However, in the recent recession of 2008-09 house prices fell in most areas of the country – even where the unemployment rate rose only marginally. This highlights other contributing drivers of price growth, besides the labour market, such as affordability and the supply-demand balance.”

The 20 areas which have seen the largest falls in unemployment since 2007 recorded an overall average price increase of £97,530 (48%) to £302,055. Eight of these local authorities are in London, with three (Waltham Forest, Newham and Southwark) seeing average home values rise by at least 75% in the past decade. Over the same period, these 20 areas recorded an average decline in unemployment claimants of 2.9 percentage points (from 4.4% to 1.5%); nearly two and a half times the national decline of 1.2 percentage points (from 2.4% to 1.2%).

In contrast, the 20 areas with the poorest unemployment performance - where unemployment claimant counts fell by an average of 0.2 percentage points since 2007 - average house prices increased by 26%, which is closely in line with the national average (25%). Most of these areas are in the South East (12) and the South West (5). The majority of the areas in the South East – nine of the 12 - have recorded price rises below the regional average of 33%.