How has the UK property market fared in the five years since the EU referendum? 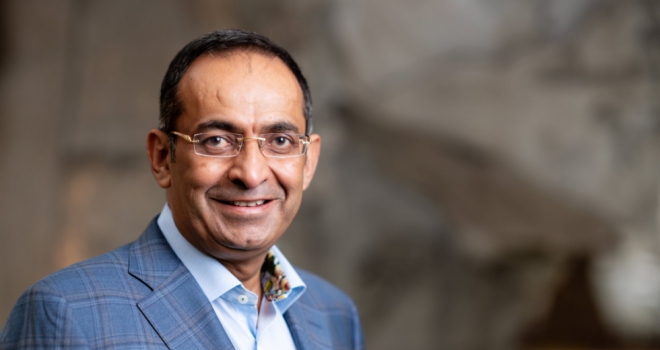 Depending on which side you listened to, Brexit would either cast the UK back into the Dark Ages or propel it forward into an era of enlightenment and progress.

So polarised was the rhetoric around the EU referendum, it became increasingly difficult to discern fact from fiction. Bolder and bolder claims dominated the headlines, and, in the end, the nation was left divided (almost exactly down the middle).

The property market was certainly not immune from the predictions made in the build-up to the Brexit vote. In fact, it became another battleground as both sides of the debate sought to show how Brexit would help or hinder those who owned – or aspired to own – residential property.

For example, George Osborne, who was then Chancellor of the Exchequer, warned in May 2016, just weeks before the vote, that UK house prices could tumble by up to 18% if the country voted in favour of Brexit. Bigger hitters in the world of finance, such as Deutsche Bank and credit rating agencies S&P and Fitch, also suggested that voting to leave the EU would instantly reduce the value of UK houses.

Now, as we reach the five-year anniversary of the referendum this week (on 23 June to be exact), it seems an opportune moment to reflect on how the market has actually responded to Brexit.

Contrary to the forecasts offered above, the performance of the UK property market over the past five years has been impressive. Take the data from the Office for National Statistics (ONS) – it shows that average UK house prices rose from £212,887 in June 2016 to £256,405 in March 2021.

It would be tempting to say the market has performed well in spite of Brexit uncertainty. After all, over the past five years, the UK has had three different Prime Ministers, voted in two general elections, experienced a drawn-out process of negotiating then implementing a formal Brexit process, and then had to deal with the Covid-19 pandemic.

However, the truth is that such turmoil plays into the hands of assets like real estate, which are typically seen as safer than other forms of investment. The fact that official figures show us that the average UK residential property value has quadrupled between 1991 (£57,000) and 2021 (£255,000) explains why this would be the case.

Record low-interest rates have been another important factor underpinning consistent demand for property investment in recent years, given this means borrowing becomes more affordable. We must consider that the Bank of England’s base rate remained under 1% for 12 years now, well below the levels prior to the global financial crash (the base rate in July 2007 was 5.75%).

Naturally, the ever-present issue of supply shortages also has a key role to play. With demand remaining high, the lack of housing across the UK means that prices have been (and still are) likely to rise at a steady rate.

Since the EU referendum, then, the property market has continued on the same trajectory it was on before the word Brexit entered our everyday conversations. However, there is one area of the market that has undergone more significant changes in the past five years: buy-to-let (BTL).

In 2016, an additional 3% stamp duty surcharge was introduced for second homes. This was followed in 2017 by the tapering down of mortgage interest tax relief. Then, in 2018, new regulations were brought in for houses in multiple occupation (HMOs) followed. And in 2019, a motion was tabled to abolish section 21 of the Housing Act 1988, preventing unfair evictions.

These reforms, unrelated to Brexit, have altered the look of the BTL sector. It is worth noting, however, that these regulatory changes – the ones that affect HMOs and evictions – have been positive ones, better-protecting tenants and ensuring higher standards for BTL properties.

Nevertheless, while there has naturally been a period of adaption to the new rules and tax implications surrounding BTL investments, we are still seeing strong demand in this space, particularly in the past year thanks to the stamp duty holiday and rocketing house prices.

For instance, the National Residential Landlord Association’s quarterly index has found that there were increased levels of confidence among landlords in both Q4 2020 and Q1 2021. There has also been an increase in rental returns, with the HomeLet Rental Index showing that in May 2021 the average rental price for a new tenancy in the UK was £997 per calendar month, which was a 4% year-on-year increase.

The property market marches on

It would be wrong to say the property market has been untouched by Brexit. It has had such far-reaching effects on the psyches of businesses, consumers, and investors that the referendum has naturally had a part to play in shaping today’s market.

Yet the past five years have still been a period of progress. Demand among homebuyers and investors has remained high, with prices continuing to rise for much of this time. What happens next, as the UK emerges from the pandemic and better gets to grip with the realities of life outside the EU, remains to be seen. But if the referendum taught us anything it is that we should be careful before predicting the demise of the property market.