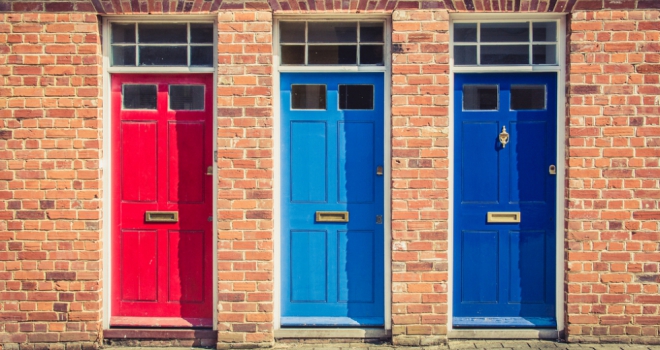 "In short, it is bad news for younger and less well-off people as it will disproportionately, but not exclusively, affect them"

Of those moving or considering a move, around a third (33%) were looking to move to a different area, while nearly 30% were doing so to access a garden or outdoor space more easily.

Over a third (36%) of those surveyed said they were more likely to consider enhancing their home as a result of Covid19, with nearly half (46%) of these looking to add or maximise space.

“The market has seen a complete turnaround over the past twelve months. A year ago, activity collapsed in the wake of the first lockdown with housing transactions falling to a record low of 42,000 in April 2020. But activity surged towards the end of last year and into 2021, reaching a record high of 183,000 in March, as shown in the chart below.

“Amongst homeowners surveyed at the end of April that were either moving home or considering a move, three quarters (68%) said this would have been the case even if the stamp duty holiday had not been extended. It is shifting housing preferences which is continuing to drive activity, with people reassessing their needs in the wake of the pandemic.

“At the end of April, 25% of homeowners surveyed said they were either in the process of moving or considering a move as a result of the pandemic, only modestly below the 28% recorded in September last year. Given that only around 5% of the housing stock typically changes hands in a given year, it only requires a relatively small proportion of people to follow through on this to have a material impact."

"These figures, though strong and coming on the back of last month’s fastest monthly rise since 2004, reflect market activity in the last few months when prices were turbo-charged by the extension of the stamp duty holiday, as well as continuing shortage of houses in particular, low mortgage rates and faster vaccine rollout.

"Looking forward, these factors aren't likely to change anytime soon, even if demand cools a bit, which we are already starting to see. As a result, prices will soften but not correct and next month’s index is likely to show strong but more moderate growth."

"Some will see 10.9% annual growth in the year to May as a boom, to be followed shortly by a bust, but what tends to happen in the housing market is different from other purchases and investments. The consequences are also different, and significant politically, economically and socially.

"In other sectors, low consumer confidence tends to reduce consumer spending, and low investor confidence tends to cause emotional selling. It is different in the housing market because homes are ‘essential’. We all need a roof over our head, so people tend not to sell unless they really need to. And, with interest rates low, it can be cheaper to pay a mortgage on an equivalent property than to pay rent, once you have put down a deposit. So a mass sell-off seems unlikely – in the absence of significant interest rate rises.

"A big cause of current house price growth is the desire for more space - and for those not moving, home renovations are on the up. This is symbolic of our rising living standards – a good thing. It is also causing inflation in the construction sector, which has profound social consequences.

"Inflation means the cost of renting, buying and improving homes are likely to continue to rise. This will continue to create widening inequalities between the ‘haves’ and the ‘have-nots’. In short, it is bad news for younger and less well-off people as it will disproportionately, but not exclusively, affect them.