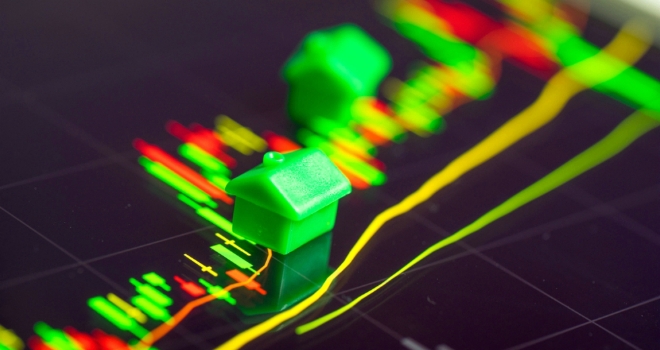 The latest housing market analysis from LSL Acadata has revealed that the capital is in the midst of a period of falling prices that has not been seen in London since September 2009, during the last banking crisis.

Although average house prices in England and Wales climbed by a marginal £113 in the month of September, this was not a sufficiently large increase to avert a further decline in prices over the last twelve months, with the average annual price over this period falling by some -£1,100, or -0.4%. This was the eighth month in this calendar year in which the annual rate of growth has been negative.

However, if we exclude London and the South East from our national statistics, price growth in England & Wales has remained positive over the last twelve months, albeit at a diminishing rate, such that by the end of September the rate of growth was a flat 0.0%. Again, although this growth has remained positive, it clearly does not keep house prices ahead of consumer price inflation (CPIH) over this period. It is currently only Wales where house price growth is ahead of CPIH. So we have marginal nominal gains alongside real terms falls, although of course the picture varies by type and area.

Based on Land Registry counts for England & Wales, we estimate that there were 70,500 transactions in September 2019, some 12% lower than our (revised) estimate of 80,000 sales in August.

Normally we would expect a 10% seasonal fall in September sales volumes, compared to August, based on data for the last eight years (excluding 2016), so the decrease of -12% represents a -2% fall in transactions on a seasonally-adjusted basis. Overall, our transaction count for the first nine months of 2019 is 4.5% down on the sales volumes for the equivalent period in 2018. In the circumstances, this does indicate how resilient the housing market is. The picture is more complicated when broken down by country and region.

Looking at the difference between 2017 and 2018, we can see that despite the total number of transactions in England & Wales being remarkably similar, there was an increase in transactions in the north of England, the Midlands and in Wales, while the three regions in the south of England, excluding Greater London, saw sales volumes fall. However, turning to the differences between 2018 and 2019, all regions in England have seen the number of transactions fall.

This is particularly so in the South West, the South East and the East Midlands, while in Wales sales volumes have been nearly identical in both years. The overall differences are not great, but it does suggest that stamp duty and perhaps confidence effects are strongest in these areas.

In August 2019, at the unitary authority/county level, there were 49 areas where prices fell on an annual basis, compared to 40 areas in the previous month. Reflecting on where these areas are (with last month’s comparable figures in brackets), 14 are located in the South East (12), 9 are in the East of England (7) with 5 each in the South West (5) and the West Midlands (4), 4 each are located in Yorkshire and the Humber (3) and in Wales (4), with 3 each in the North East (2) and the East Midlands (2), and finally two are located in the North West (1). This means that seven regions have seen an increase in the number of authorities with price falls, and two have remained with the same number as last month. This suggests that the overall situation has deteriorated in the month. Of the four regions with the highest number of authorities having a negative movement in prices over the last 12 months, three are located in the south of England, with these being joined by the West Midlands in August.

On an annual basis, London prices in August 2019 fell by some £1,125, or -0.2%. This was the twelfth month in succession in which the annual rate for London has declined – a period of falling prices that has not been seen in London since September 2009, during the last banking crisis.

Overall, 25 of London’s 33 boroughs have seen prices fall over the last twelve months – again, this is a statistic that has not been observed since August 2009 – although in June 2009 all 33 boroughs in London recorded a negative movement in prices – however, on that occasion the annual rate of growth was -10.6%, which is in a different league to the -0.3% recorded for August 2019. The RICS September survey highlights the lack of buyer demand, as well as a fall in new instructions, reflecting uncertainty against the backcloth of a highly priced London market.

Looking at the monthly change in London in August, average prices have fallen by some -£1,925, or -0.3%. This has put an end to the three months of rising prices experienced in London from May to July 2019.

In broad terms, the market continues to deflate slowly, bringing modest improvements in affordability for those who are able to raise deposits and meet the more stringent mortgage checks. The government has begun a consultation on ways in which they might add further momentum to helping households onto the housing ladder via a boost to the shared ownership market. The proposal is to reduce the minimum size of the share that can be purchased at the outset, and while this might prove difficult in practice, it does highlight renewed energy around easing access to home ownership. This has been further aided by the rebalancing between investor purchases and home owners, with the latter now taking a bigger share of transactions as landlords step back, so reflecting the range of tax changes imposed in recent years.

The Bank of England noted that net mortgage borrowing by households weakened to £3.9 billion in August, but the outturn was in line with the average seen since 2016. At the same time mortgage approvals - a good indicator of future lending - fell to 65,500, but also within the narrow range seen over the past three years. In the circumstances, the slowing highlighted by the Bank and others is to be expected. The underlying fundamentals remain strong and the expectation is that, as the broader context becomes clearer, the medium term outlook is quite positive with the market regaining some of its lost momentum.