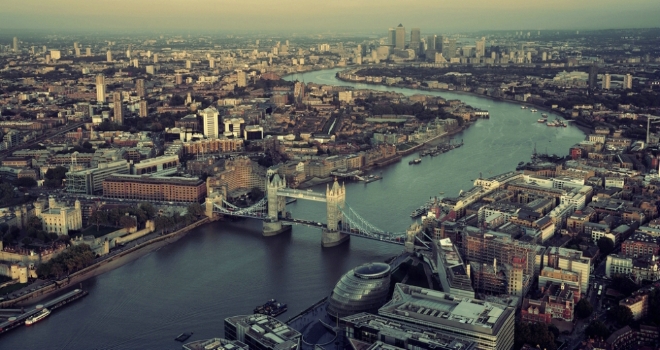 The latest data and analysis from Hometrack has revealed that house price inflation has slowed to 2.6% - equating to the slowest rate of annual growth since 2012.

The report shows that across the capital house prices have fallen by 0.1% over the past 12 months and this is only the second time in 23 years that London has ended year with negative growth. Prices are falling across two thirds of local authority areas across London City buy up to -3.5% (in Camden) while average values are rising in a third of markets by up to 2% in Barking and Dagenham.

Recent house price falls are doing little to materially change the affordability picture in London. The house price to earnings ratio peaked at 14x in 2016 and has started to fall but remains stretched at 13.3x.

Edinburgh is currently the fastest growing city (6.6%) with price rises in Manchester and Birmingham also running at above 6%. However, only four cities are registering higher levels of house price growth than this time a year ago – Manchester, Liverpool, Cardiff and Newcastle.

The cities that have the seen the greatest slowdown are all located in the south of England; Bournemouth, Portsmouth and Bristol. Affordability pressures have increased in these cities over the past year and they now record the highest house price to earnings ratios outside of London, Oxford and Cambridge.

Over the course of 2019 Hometrack expects UK city house prices to rise by 2% as above average growth in large regional cities offsets price falls in London. Prices in London are forecast to register house price falls of up to 2%, while in more affordable cities such as Liverpool and Glasgow price could rise by another 5% next year.

Richard Donnell, Insight Director, Hometrack says: “The diversity of London’s housing markets is shown by the clear divide between low house price growth in outer London and commuter areas and nominal price falls concentrated in high value, inner areas of the capital. In 2019, house prices we expect prices to continue to fall most in central areas of London. Our projection for a 2% fall in overall London prices will reduce the price to earnings ratio to 12.8x, in line with levels last recorded in mid-2015.

Outside of London and the south affordability levels in regional cities remain attractive but this is changing. House price growth has run well ahead of earnings growth for the last 5 years and together with small increases in mortgage rates, as well as growing economic uncertainty, the speed at which households bid up the cost of housing is reducing.

Donnell concludes: “The fundamentals of housing affordability will shape the prospects for city house prices in 2019. This is already the case with flat to falling prices in the most unaffordable cities and above average growth in the more affordable areas. Ultimately, the speed at which affordability translates into price changes depends on economic factors, changes to mortgage rates and household sentiment. Brexit is the greatest driver of uncertainty in the near term and the prospects are for a slow start for the housing market in 2019.”