New research shows that it's all in a number 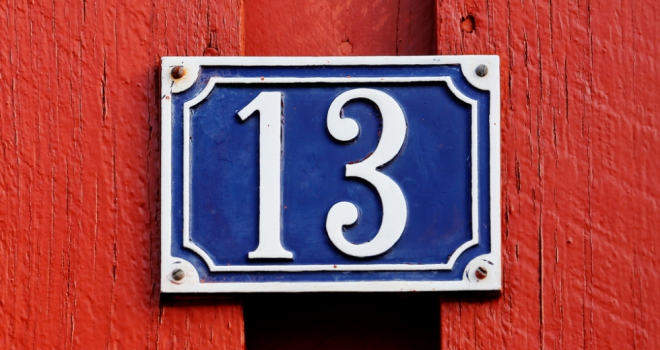 Well, according to newly released data from lettings and estate agent, Benham and Reeves, yes. Yes, it can.

Their research has revealed that the number 145 is the most valuable property number based on sold prices over the last year.

The firm analysed sold price records from the Land Registry over the last 12 months in England and Wales and found that with a median sold price of £446,150, the number 145 is the nation’s most valuable property number.

However, within London, higher numbers seem to hold more valuable while across the rest of England and Wales, homebuyers are still paying more for the old fashioned 1-10.

“Who would have thought the number 145 would be the most valuable where property prices over the last 12 months are concerned. That said, it would seem that this has been heavily influenced by a London market that continues to drive the rest of the nation in terms of the prices being achieved for property.

"With many building up rather than out, London is bound to see a higher price paid for higher numbers as the further you go up in a development, the higher the price you’re likely to pay.

"In contrast, the same seems to apply for the more traditional numbers outside of London. Even so, it’s quite remarkable that the top 11 numbers for the highest sold price outside of the capital rank perfectly from one to 11.

"Of course, the higher probability of these numbers may have helped push up prices, but there’s undoubtedly some home buyer snobbery at play as well. Being able to claim you live at number one on any street puts you just that little bit above your neighbours and it’s clear that some will pay just that little bit more to secure such an accolade.”