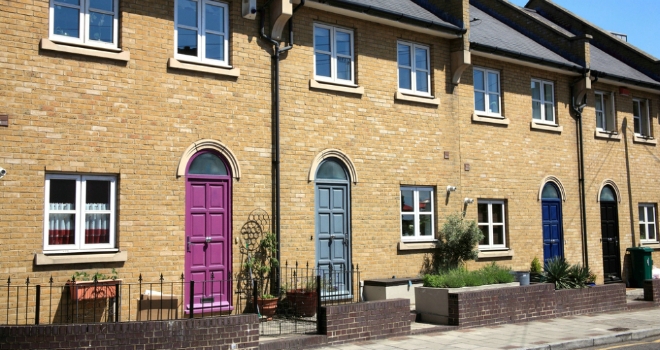 "Whilst the story for new builds in PCL, particularly luxury property, looks grim, these represent a very small proportion of the PCL market due to the lack of development possibilities"

According to recent reports, Battersea Power Station is re-examining its “delivery priorities with a view to easing the financial burden”.

It has reportedly reached a "critical stage" and has written down its projected investment returns (IRR) from 20% to 8.29%. It is also moving some of the proposed affordable homes to a later phase in the scheme and is introducing a review mechanism to determine the amount of affordable housing that the scheme can viably deliver.

In light of this, LCP has analysed just released Land Registry Data on new build sales highlighting the actual picture in 2016 for Prime Central London and Inner London:

LCP found that 44% of all the new flat sales in 2016 took place in Q1 as buyers rushed to beat the deadline for the new additional rate Stamp Duty. This was the highest number of new build sales recorded for any previous quarter. However, completed sales of new build flats were down 41.4% by the end of 2016, compared to the previous year with average prices for new builds also falling 8.7% to £1.9m.

According to LCP, the luxury end of the market (£5m+) was worst affected with an annual fall in new build sales of 57%. In contrast, this compared with a fall in sales for PCL as a whole (old and new stock) of 29%. Unlike new build flats, PCL as a whole also saw a 3.75% rise in average prices.

In the 9 inner boroughs outside PCL, overall completed sales of new build flats were down 3.9% by the end of 2016, compared to the previous year. However, a significant 29% quarterly fall was recorded in Q4.

After a price surge in the first half of the year, price growth has stalled with a 2.1% fall in prices by the end of 2016. The luxury end of the market (£5m+) was worst affected with a 51% fall in new build sales and there was also a significant 34.6% fall in Q4 new build sales under £1m. This sector represents 88% of all new builds in Inner London.

With completed new build sales now registered for 2016, London Central Portfolio has analysed the marked effect that residential tax changes and Brexit uncertainty has had on this market. According to just released Land Registry data, new developments in Prime Central London (PCL) have been worst affected. Completed sales of new flats were down 41.4% in Q4 2016 compared with the previous year, whilst average prices also fell 8.7% over the same period to £1.9m.

According to LCP’s analysis, the luxury end of the PCL market saw the biggest reduction in sales. Following three successive Stamp Duty increases since 2012, a rise from 5% to 15% for some purchases, alongside other aggressive tax hits on foreign ownership, a significant 57% fall in new build sales over £5m was recorded.

A 38% fall in sales was also seen for new build properties under £1m. However, this can be attributed to increasingly less stock availability at this price point, which now represents just 22.5% of all of PCL’s new build sales.

Naomi Heaton, CEO of LCP comments: “Whilst the story for new builds in PCL, particularly luxury property, looks grim, these represent a very small proportion of the PCL market due to the lack of development possibilities. There were only 867 new build sales in 2016, representing just 14.6% of total property sales. Although sales volumes in PCL as a whole were at their lowest level on record, average prices saw a 3.75% rise over the year.”

The distorting effect of the Government’s tax changes is clearly evident. With buyers rushing to beat 2016’s deadline for the new additional rate Stamp Duty on second properties in April, 44% of all PCL’s new build sales took place in Q1. This represented a 91% increase over the previous year and the highest number of new build sales recorded in any previous quarter.

Inner London, made up of the nine inner boroughs outside PCL and including landmark developments such as the Battersea-Nine Elms stretch, also saw large reductions in new build completions at the end of 2016. Average prices of new flats also stalled with a fall of 2.1% to £721,355. Overall, sales volumes were down 3.9% in Q4 compared to the previous year, but there was a significant 29% fall compared with the previous quarter (Q3). Recorded completions in Q4 2016 were at their lowest level since the beginning of 2015 when high value sales were adversely affected by the change in the Stamp Duty regime to a graduated system.

Naomi Heaton, CEO of LCP, comments: “The struggling performance of the new build market in Inner London will certainly be beginning to worry developers. It has already been reported that Battersea Power Station has reached a ‘critical stage’ and has written down its projected investment returns from 20% to 8.23%.  As is now being seen, in areas such as Battersea-Nine Elms, there is a saturation of over-priced, over-supplied ‘commodity style’ property which leads to a softening market, particularly during times of instability.”

With high value sales to international buyers typically off-setting the cost of providing more modest housing and essential cash-flow to reinvest into new development, the Government may well struggle to deliver upon its affordable housing targets if this trend continues. Battersea Power Station has already reported financial viability issues in delivering its affordable housing targets.”

The large fall observed in Q4 for new flats under £1m, targeting the domestic market, is also concerning. Alongside negative sentiment affecting purchasing decisions, with more economic uncertainty ahead, the fall was also be due to new caps on mortgage lending, restricting borrowing to 4.5 times salaries. This is hampering domestic buyers’ ability to get onto the housing ladder or trade up.”