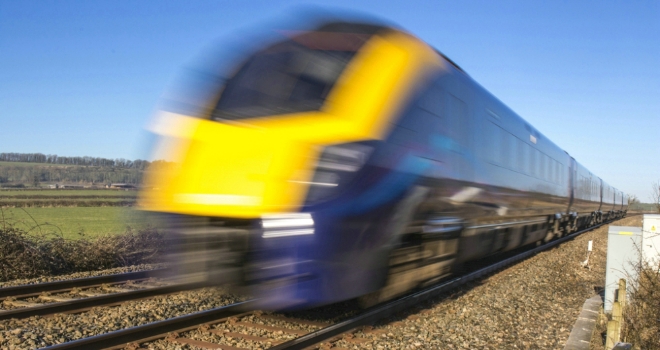 A 30-minute train journey from the city centre has been revealed to be the sweet spot for the highest price paid by homebuyers, according to new research from London lettings and estate agent, Benham and Reeves.

Analysis of the property market across three major cities, London, Manchester and Birmingham, looked at the difference in house prices when commuting 15 minutes, 30 minutes, 45 minutes and an hour from the city centre.

The research shows that on average, homebuyers pay £449,963 to live within 15 minutes commute to the city centre.

While a longer commute generally means a more affordable foot on the ladder, the data suggests that a 30-minute commute is the sweet spot when it comes to house prices. On average, homebuyers will pay £512,574 within a 30-minute commute of the city centre, 14% more than those just 15 minutes away by train.

In London, this increase is even higher at 19%, while Birmingham is the exception where property prices actually drop by 1% between a 15 and 30-minute commute.

However, as commuting times start to stretch past 30 minutes, property values show a consistent decline across all three cities. On average, homes within a 45-minute commute command £406,343, making them -21% more affordable than those just 30 minutes away by train.

The biggest discount for this additional 15 minutes of travel is in London, where living 45 minutes from the city centre will save you -25% compared to living 30 minutes away. Making this move in Manchester will also save you -18% on the price of a property, while in Birmingham this house price drop sits at -7%.

Move an hour out of the city centre by train and the average cost of a property falls further still to £354,390 - a -13% saving for another additional 15 minutes.

Again, this move will save you the most in London at -19%, while in Birmingham and Manchester the additional 15 minutes only knocks 1% of the average price paid for a property.

Marc von Grundherr, director of Benham and Reeves, commented: “While the pandemic was supposed to have spurred a mass exodus for central city living, it seems as though homebuyers still value a quick and convenient commute into the city centre, with half an hour being the sweet spot.

"For many, this provides the balance between a commutable distance and a larger home on the peripherals or commuter belt of a major city, where they aren’t subject to the faster pace of life that inner-city living provides.

"These are particularly desirable factors amongst many second and third rung buyers and these larger homes, together with high demand, mean the price paid for them sits some way above other areas of the market.”