A new report from think-tank, Localis, has warned that ministers must not penalise countryside dwellers who live off the gas grid – one in seven households nationwide - by making them guinea pigs in the drive to decarbonise heating. 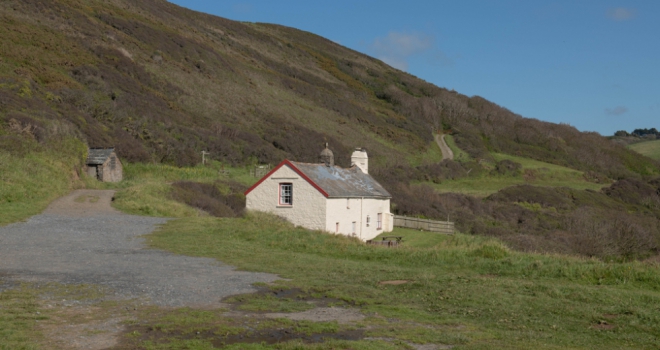 In its study issued today entitled: “Reaching rural properties: off-grid heating in the transition to net-zero”, Localis has recommended government should extend by four years to 2030 the deadline for homes off the gas grid to end fossil fuel heating installation - in line with the deadline for on-grid homes.

According to the research, four years is not sufficient time to improve the current heat pump market condition, and the report advises the government to improve the incentive schemes available to households.

To address this, the report advocates that government should support a mix of low-carbon heating technologies to help grow the market, stimulate infrastructure investment and improve incentives for uptake.

Other key recommendations in the report include calls for government to provide: -

an effective communications and engagement strategy at national and local level to raise awareness of different low carbon options for the four million off-grid households across the UK;
certainty over the role that biofuels will play in the decarbonisation of off-grid homes to support infrastructure investment and stimulate the market;
funding for ‘fabric first’ enhancements to rural homes via local councils.

And because the current Energy Performance Certificate methodology is not well-suited to off-grid homes, the paper urges the government to review the EPC methodology with the aim of redressing the unequal impact this has in rural areas.

Zayn Qureshi, senior researcher at Localis, said: “Given the depth and scale of the net-zero challenge, the government cannot afford to push forward with its current all or nothing approach to rural home decarbonisation. This not only places an unfair and disproportionate burden on off-grid properties, but also risks large-scale failure in convincing households to take up the switch.

“Government must approach this challenge with a degree of flexibility and adaptability, which takes into consideration the socio-economic place circumstances of households being targeted for the transition.

“As part of this, a mixed technology approach needs to be adopted. One that provides a range of cost-effective options to consumers over different low carbon technologies and ‘drop in’ fuels including bioLPG.”

Jonathan Werran, chief executive, Localis, said: “Commercial and domestic heating is in the frontline of this epochal shift in the everyday which will have profound implications for millions of households. Like many national top-down agendas, the policy corridor for this remains stubbornly urban.

“However, in trialling the transition to clean heat methods, the pioneering areas are those which lie off the mains gas grid - and in consequence rely on alternative sources, frequently expensive to heat their homes.

“This is no small concern. In England there are 1.1 million homes off the gas grid that rely on fossil fuel heating, a figure which stretches to four million households – 15 percent of the total, across the UK.

“Success will also depend on strongly coordinated messaging and communication allied with persuasive bottom-up community engagement strategies. In as vital a domestic policy area as this, a policy which literally affects the hearths of countless homes, there is limited scope to backtrack and reheat policy. It serves all our interests to work together and get this right the first time.”

Sophia Haywood, Director of Public Affairs at Liquid Gas UK, said: “The current government strategy for decarbonising off-grid heating is a one size fits all approach, which isn’t fit for purpose. It doesn’t consider the needs of homes and businesses in rural areas, or the complexity of heating rural properties, which are typically harder to heat and expensive to retrofit.

“Liquid Gas UK welcomes the findings from the Localis report and urges the government to consider a broader energy mix, which includes LPG as the lowest carbon traditional fuel, and renewable liquid gases, such as bioLPG and rDME.

“The UK LPG industry has an ambition to be 100% renewable by 2040, with bioLPG already available on the market and a clear pathway to reaching Net Zero, this offers real choice for the consumer as they look to reduce their carbon footprint. A mixed technology approach to decarbonisation is vital if UK Government are serious about delivering a just transition in rural areas.”