City dwellers heading for the hills as village enquiries double 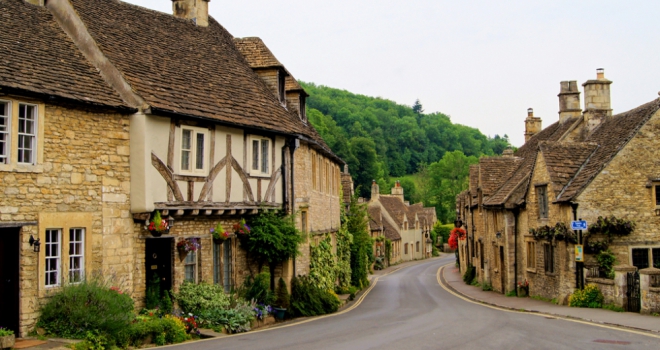 Stuck in the rat race? Ever fantasised about a quieter way of life? Just sick of living in the city? Then you are not alone as new data reveals that city dwellers seeking village life are on the rise.

According to the latest research from Rightmove, more home buyers currently living in some of the biggest UK cities are planning their escape to the country, with enquiries across June and July increasing by 78% overall compared to the same period last year.

The number of enquiries from Liverpool residents looking for a village lifestyle has almost tripled (+275%) compared to last year, versus a 63% increase in enquiries to towns. This city is followed by Edinburgh where village enquiries are up 205%, and Birmingham, up 186%. Only one out of the ten cities – Leicester – has seen a bigger increase in enquiries to move to towns than to villages.

Back in April, we started to see a year-on-year shift in the proportion of total enquiries from people living in cities that were looking to move outside of that city rather than stay in it.

Where are they escaping to?

Most of the top village destinations that people in cities are moving to are still within a commutable distance to their city, but with the appeal of a quieter way of life.

For many, the move doesn’t appear to be driven by a desire to save money as the average asking prices of the most popular villages people want to move to from each city are on the whole more expensive than the city asking price. It may be that homeowners living in these cities have benefitted from strong house price growth over the years and are now able to trade up and out to the country.

Miles Shipside, Rightmove, said: “The lure of a new lifestyle, one that is quieter and has an abundance of beautiful countryside and more outdoor space, has led to more city dwellers choosing to become rural residents. We saw a shift as early as April in more people living in cities enquiring about moving out of that city, and this trend has continued. The most popular village moves are still within the same region the home-hunters are currently in, as it’s likely they’ll keep their current job but may have the flexibility to commute less often and set up their working space at home.”

A new group of buyers

Since the housing market reopened there has been a rush of buyers, leading to a number of demand and traffic records on Rightmove. New analysis shows there were 66% more active buyers this July than in July last year, as the delayed spring market has continued into summer. The total number of buyers year-to-date is also up 6% compared to the same period in 2019, indicating a new group of buyers has now entered the market.

Miles Shipside explains: “Analysis on the number of active buyers in the market both now and across the year so far shows it’s not just pent up demand being released and buyers returning to the market after the pause. It looks like the market has not only recovered all of the buyers that were lost throughout lockdown, but there’s also a new group of buyers now in the market, prompted to move by the priorities for their home changing during lockdown, with the additional catalyst of the temporary stamp duty holiday turning the heads of homeowners. It’s worth noting that some of these buyers may have been looking to move later this year anyway, so we won’t have a clear picture on how many sales will have been lost in 2020 until early next year.”

Mark Rimell, Director in Strutt & Parker's Country House Department, says: “I lived in London for 20 years and was full of trepidation about a move to the country, not least the thought of becoming a commuter. I needn’t have worried, the benefits far outweigh the disadvantages, not least a village school, a pub, a church and a local store. The anonymity of living in London gives way to a friendly, welcoming approach which is refreshing to say the least.

"Houses in or on the fringes of a village will by nature benefit from being surrounded by some of the most wonderful landscapes; from National Parks and Areas of Outstanding Natural Beauty to over 10,000 miles of coastline. Having this on your doorstep is invaluable and very much sought after. A slower pace of life, outdoor space and tight knit communities come hand in hand with village living - something many have come to appreciate in recent months and have enduring appeal."

Freddie Wright, Partner, Knight Frank Bristol, says: “Banwell is a pretty village in striking distance of Bristol and the rest of the South West. The historic village attracts a lot of buyers from Bristol because of the brilliant amenities and schooling options. Banwell’s proximity to Bristol and connectivity has been a huge factor for those looking to move out of the city. It’s under a 15 minute drive to Weston Super Mare station which has direct train links across the country including London Paddington. The city property market in Bristol is extremely busy at the moment – many of those selling are looking to move out into villages such as Banwell because people are looking for a slower pace of life post lockdown, and these villages offer the best of both worlds.”