Brits reveal what made them fall in love with their property

A new survey lifts the lid on the UK property market, with Brits sharing exactly what made them buy their homes. 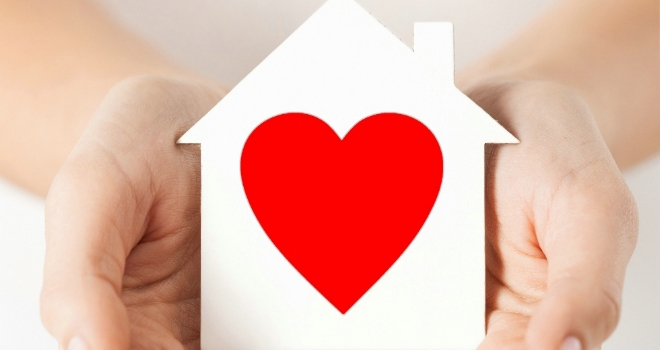 Wood flooring specialists Flooring Republic asked 1,000 Brits what led them to fall in love with their homes, and which factors they consider non-negotiable when buying a property - and between community appeal and room size, it seems Brits are swayed by more than an attractive price tag.

After the BBC reported that the number of first-time buyers was at its highest in a decade, this new study reveals what it takes to get Brits excited about buying a house. With 60% of the vote, a safe and friendly neighbourhood took the top spot, followed closely by the price of the property (52%).

The local community also proved to be a key selling point for 45-54 year olds - with a huge 73% citing this as a major factor in their decision-making process. In terms of what Brits love about their living space, room size came out on top - taking 38% of the vote.

At one with nature

For 31% of participants, a good-looking garden is what got them to sign on the dotted line - and half of over-65s declared this the ultimate highlight of their homes. Natural elements proved popular across the board, with a fifth of those surveyed saying natural light is what they love most about their home.

Perhaps surprisingly, just over half of all respondents believe the price of a property is the most important aspect when it comes to making an offer.

Generation Y are more price-conscious, however - with 18-24 (57%) and 25-34 year olds (69%) admitting the asking price was the thing that ultimately swayed their decision. Space proved a key concern for 37% of Brits, who said the number of rooms in a property would influence whether or not they bought it.

When it comes to a property’s appearance, it looks like it’s not just what’s on the inside that counts - with 16% of Brits saying they’re swayed by both exterior appeal and interior styling. For 17% of male respondents, the outward appearance of a house is a deciding factor - while 18% of women favour the property’s interior design.

11% of Brits revealed they bought their home because of high ceilings - a factor which sweetened the deal for just under a quarter of 25-34 year olds.

According to 35% of all respondents, parking availability is a key issue when it comes to deciding on a suitable property - and more than half of over-65s agree. This is less of a concern for those living in the capital, though - with just 17% of Londoners put off by limited parking. Organisation addicts across Britain declared practicality a priority when buying a house - with storage space scooping 15% of the vote.

For 14% of homeowners, accessibility is a deal-breaker - with proximity to local transport networks and amenities proving particularly important. Respondents were also invited to offer up their own answers when it came to the reason they fell in love with their home and what they consider to be the key factors when buying a house - with answers including the property’s character, affordability and a double garage.

With Brits divided over what makes the perfect home, as housing prices continuing to fluctuate, the future of the property market shows no signs of stabilising any time soon.

Mark Haskell, Ecommerce Manager of Flooring Republic said "It's great to see just how many Brits value a welcoming neighbourhood, and it's really interesting that most homeowners are concerned with more than the price of a property. Spacious rooms and beautiful gardens will always hold plenty of appeal for buyers - although they generally come with larger price tags."