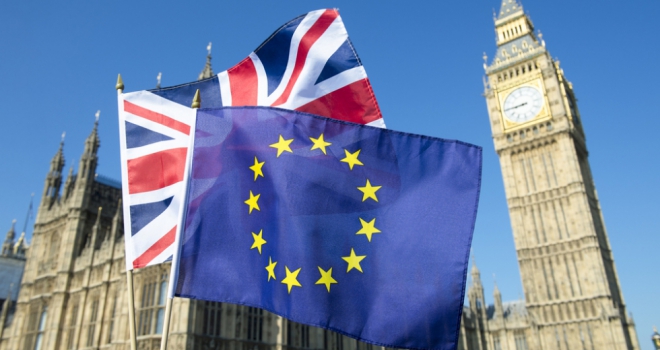 The latest analysis of the UK housing market from independent estate agent, haart, has revealed that British buyers and sellers appear undeterred by warnings from the Treasury, IMF and the Bank of England about the impact of the vote to leave.

The research compares the Treasury’s “cautious” economic forecast for the two years following the vote to leave published in May 2016, to the realities of the UK property market today, five months prior to the UK’s official exit date.

The paper which focused on the immediate economic impact on the vote to leave and the two years that follow predicted doom and gloom for the property. Presented by former Chancellor of the Exchequer, George Osborne, it said that demand for housing would fall due to higher costs of lending, and at the end of the two years, house prices would be around 10% lower relative to a vote to remain in the EU. In a severe shock scenario, house prices would be around 18% lower. This shock to the property market would be led by consumer uncertainty, and much higher levels of unemployment, with all regions experiencing a rise in the number of people out of work.

However, analysis by haart finds that house prices have risen by 9% since the Brexit vote. Latest HMRC property transaction statics shows the level of residential transactions is currently 13% higher than the same time last year, and on the ground the level of transactions haart is seeing is at its highest in two years. Demand for housing has also risen by 8% and is currently at its highest level since May 2016*. Lending remains historically low and wage growth for British workers is also increasing at its strongest rate for three years, amid the lowest levels of unemployment since the mid-1970s.

Paul Smith, CEO of haart estate agents, comments: “For over two years we have been listening to bold claims from industry commentators and public figures about the impact that Brexit will have on the housing market. But what we are seeing on the ground is proving them otherwise. The number of buyers entering the market is the highest in two years, and the number of property transactions in August is the most seen since November 2016. Now, so close to the end of the Brexit process, I cannot see much changing.

EU or no-EU the need to move home will always be there. Brits move for a whole host of reasons including good schools, new jobs and better transport links. ‘Brexit’ is not a word our branches are hearing on the ground anymore, but instead, customers are much more focused on what is happening with interest rates and stamp duty, and for investors, the recent tax changes. The average house price has tripled since 1995 and that increase is driven by domestic demand. Britain is a nation obsessed by property, and people are more determined than ever to move on to and up the ladder

But the reality is that the property market is heavily driven by sentiment. If the Government can provide a strong vision of the UK’s post-Brexit future, greater stability and confidence will follow. Comments from those such as Mark Carney who downplay the potential market conditions are extremely unhelpful.”

Today’s research also comes shortly after claims from the Bank of England Governor that a ‘no-deal’ Brexit scenario would be comparable to the 2008 recession. However, haart also finds that the UK mortgage market has become much stronger and healthier in the past decade.

Paul Smith, CEO of haart estate agents, added: “Today’s market is well-insulated against any macro-financial situations that may come our way, and I do not believe these doomsday predictions are within any realistic parameters of what could happen, or that a ‘no-deal’ Brexit could have the same impact on the property market today than the financial crash did back in 2007.

Today, debt in the form of mortgages accounts for just 43% of house purchase funding due to measures introduced after the crash, and last month there was the highest level of remortgaging activity in a decade as homeowners locked themselves into a low-interest rate deal. With these mortgage conditions and strong demand, prices will always be propped up.”