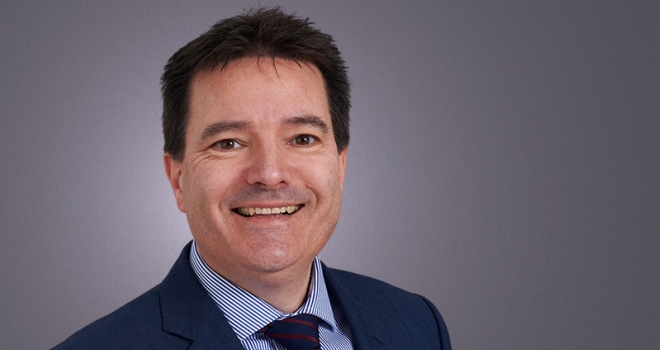 The Government has published a new Code of Practice and a draft Commercial Rent (Coronavirus) Bill with the aim of tackling accrued rent arrears for businesses, which were forced to close or operate under restrictions during the pandemic.

While the majority of commercial landlords and tenants have already reached an agreement over how to share the pain of Covid-19 arrears, which have been substantial for so many, there are still those struggling to find common ground. The new arbitration scheme is not intended to interfere with existing agreements but is instead a last resort for those remaining landlords and tenants that so far have been unable to agree.

There is no doubt the proposed new legislation is a significant piece of statutory intervention in an industry where, notwithstanding insolvency processes, landlords and tenants have traditionally been bound by the terms of their lease, which they freely negotiated. This, on top of the Government`s proposed review of the Landlord & Tenant Act 1954, and proposed reforms to the business rates regime make for unprecedented times for owners and occupiers of commercial property.

Lee Pearce, (pictured) Partner and Head of Dispute Resolution at Ellisons Solicitors, delves into what the Code of Practice and draft Commercial Rent (Coronavirus) Bill means for those affected.

The new Bill provides for the ring-fencing of arrears of rent, including service charge, insurance costs and interest, owed by business tenants affected by forced closure, or restrictions upon trading during the “protected period” (defined to commence 21 March 2020 and ending no later than 18 July 2021). The Bill establishes a binding arbitration system to determine what happens to that ring-fenced debt if the landlord and tenant fail to reach an agreement.

The message remains that the new measures do not present an excuse not to pay, and if a tenant is able to pay without borrowing or restructuring, the tenant should meet their payment obligations in full. Landlords and tenants continue to be encouraged to negotiate an agreement over Covid arrears, but if an agreement cannot be reached there will be continued protection from enforcement in relation to ring-fenced arrears, and the new binding arbitration process to fall back on.

The new Code of Practice

The Code of Practice has a wider application than the new Bill. It should be used in relation to any rent arrears accrued since March 2020 as a result of the pandemic and sets out best practice guidance to assist landlords and tenants in resolving disputes relating to such arrears. The intention is that the parties should try to resolve these disputes before the Bill comes into force. It is worth noting the Code is guidance only, not binding legislation, and replaces the earlier version from June 2020, revised in April 2021.

Under the new Bill, references to arbitration can be made by a landlord or tenant within six months of the Bill becoming law. The other party may make a counter proposal, and further revisions/offers are possible during the process.

The arbitrator must consider whether the tenant`s business is viable, or would become viable if relief from payment was granted, and then consider whether any relief should be granted. The aim of the award should be to restore or preserve the viability of the tenant`s business but only to the extent that is consistent with maintaining the landlord`s solvency. The relief the arbitrator might award includes writing off all or part of the ring-fenced rent and allowing up to two years to pay any part of it.

Although the party making the reference must pay the arbitration fees to the arbitrator upfront, the arbitrator will apportion those fees in the subsequent award. Otherwise, the parties must pay any costs they incur themselves in connection with the process.

The Government will approve arbitration bodies, and those bodies will maintain a list of suitable arbitrators. But it remains to be seen what appetite there will be for taking on this role, and deciding issues including tenant viability and landlord solvency.

The existing restrictions on forfeiture for non-payment of rent, the exercise of CRAR and the existing limited restrictions upon presenting winding up petitions will continue to apply beyond March 2022. This is in respect of ring-fenced arrears, from the date that the Bill becomes law, to the date that ends six months thereafter, or, where a reference to Arbitration is made, the date on which the Arbitration concludes (the “moratorium period”).

Additionally, the Bill provides that during this moratorium period, again in respect of ring-fenced debt:

I. Landlords may not issue a debt claim

II. Debt claims started after 10 November 2021 but before the day on which the Bill becomes law can be temporarily stopped, and any judgment entered in those claims cannot be enforced during the moratorium period

III. Landlords may not draw down on rent deposits, and if a landlord has already done so, the tenant is not obliged to top up that rent deposit during the moratorium period

IV. Rent paid during the moratorium period must be applied first to any rent debt that is not ring-fenced

V. Rent paid in the period after the end of relevant closure/restrictions, but before the date that the Bill becomes law, must be allocated first to any rent that is not ring-fenced before being allocated to any ring-fenced debt

While the majority of commercial landlords and tenants have already reached an agreement over Covid-19 arrears, the new scheme is an important last resort for those struggling to agree. It remains to be seen how it will be received by an industry that has largely been bound by the terms of a lease freely negotiated.

Note: the draft Bill may be amended as it makes its way through parliament.