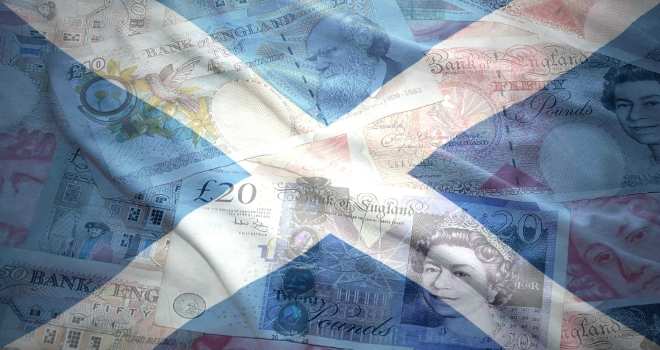 According to the latest Scotland Buy-to-Let Index from Your Move, there has been a last-minute end of year surge in Scottish rent growth.

Average residential rents in Scotland jumped 0.4% in December – the highest monthly rent rise seen since June. Representing an uptick from a modest 0.1% rise the previous month, this boost brings the average monthly rent in Scotland to £548, just £1 below the summer peak reached in July.

On an annual basis, rent growth is also starting to accelerate. Year-on-year rent rises had been steadily slowing since June – when they stood at 3.1% - but  December marks an upswing in annual growth. Scottish rents are now on average 2.2% (or £12) higher than a year ago, up from 1.4% in the twelve months to November.

Brian Moran, lettings director at Your Move Scotland, comments:  “On average, Scottish rents closed the year £12 higher per month than where they started. That could stack up to a not inconsiderable £144 extra for some tenants over a twelve month contract. As we enter 2016, it’s encouraging news that the majority of Scottish tenants can afford higher rents – and that arrears have dropped for the second month in a row in December.

Scottish rent rises have been ignited again recently by the improvement in wages and the gains made in the jobs market, while the supply shortage continues to fan the flames.  Outside of the summer months, the New Year often sees the second biggest cycle of new tenancies, and ushers in a busy time for the lettings market.  It’s the period where people typically take up fresh career opportunities, and implement new life changes – and this wave is already evident in the uptick of rents over November and December, as savvy tenants act quickly to beat the January rush.

As the year progresses, other artificial factors will come into play.  The Scottish Government decision to agree with George Osborne’s extra 3% of duty on the purchase of second homes is likely to distort the natural flow of the market, with any further buy-to-let investment likely to be front-loaded into the early months of the year.  Once that deadline passes, and if investment into the private rented sector becomes more hesitant, tenants’ rents may become much more exposed to the problem of supply.”