A surge of high-value student lets saw average rental costs and void periods break records during July, as the lettings market continues to gather steam, according to the latest market analysis from Goodlord. 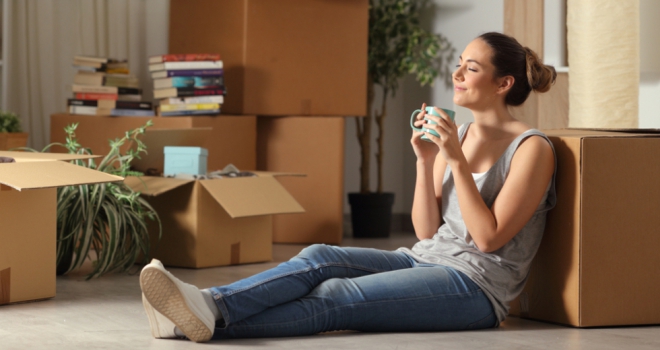 Thanks to a higher than average demand for student lets, which included a range of high-value properties being snapped up by student tenants, average rental prices in England rose by a huge 17.96% during July. This took the average cost up from £1,050 in June to £1,238.

This is the highest average ever recorded by the Index. Every region monitored saw an increase in the cost of rent.

The highest rise was seen in the North West, where prices jumped by a staggering 44%. Students renting in the region, which is home to a huge range of universities including Manchester and Liverpool, are behind the surge. Average costs in the North West are now £1,213, up from £838.

The next biggest jump was recorded in the South West - home to universities including Bristol, Bath and Exeter - with price averages increasing by 36%. This takes the average cost of a rental property in the region up from £1,130 to £1,539.

Despite still being the most expensive place to rent in England, Greater London saw the least movement in average costs during July. A small 3% rise was recorded, taking the average price up to £1,797 per property.

As well as the highest ever rental price averages, July also saw the Index’s lowest ever void rates. The average void period in England as a whole dropped by 41% in July - moving from 17 days to just 10 days on average. Every region monitored saw a significant reduction in voids.

Again, this was driven by a surge in demand for student lets, with the North West and the South West seeing the biggest proportional fall in voids. The lowest voids in England can now be found in the South West, at just 5 days.

Tom Mundy, COO at Goodlord, comments: “Driven by a surge in high-value student lets, it’s been a staggering month for the market. The heatwave failed to cool demand and instead we’ve been seeing record high rents and record low voids. The lettings market is incredibly busy and demand shows no signs of abating this summer. Agents are working hard to ensure good quality homes stay in the rental market and tenant demand is met.”