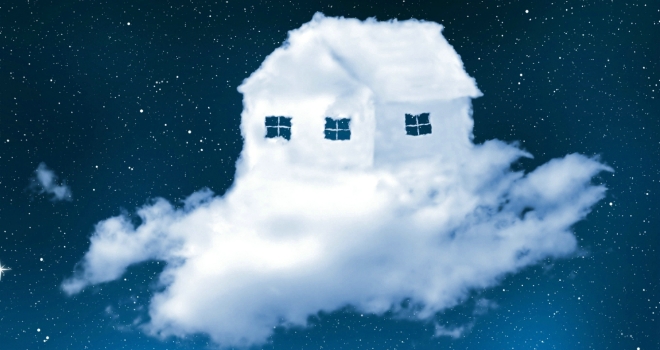 "In a period of housing shortage, the government should be encouraging investment. The policy is flawed because it assumes that everyone wants to buy which, for a variety of reasons, is not true"

A new report has lifted the lid on the real hopes and fears of UK landlords when it comes to property and shows that nearly half are more afraid of mortgage relief changes than the effects of Brexit.

Lettings and property management business, Martin & Co, polled 2,500 landlords as part of its Big Landlord Survey 2016 and revealed that the landlord mortgage tax relief changes being phased in from April 2017 were top of the list of concerns.

• Brexit: 56% feel unfazed by our planned exit from Europe, whilst only 39% feel unaffected by the upcoming tax changes
• Investment Plans: Just 16% have seen their plans significantly affected by the impending Brexit whilst 25% have made changes based on the tax changes
• Mortgages: Of the two thirds of landlords who fund their properties through mortgages, 41% have taken steps to pay down some of the capital in the last year
• Portfolios: 90% plan on maintaining or growing their portfolio in the next two years, but over a third now expect to buy a property outright

• Funds: To achieve this, over a third plan to sell other investments or savings to raise funds, while nearly as many plan to release equity from an existing investment property. This is particularly true of investors in the highest income groups

• Intent: The research demonstrated that most landlords rely on their property investments to supplement their income and that they’ve committed to property investment for the long term, with 74% never having sold a property and only 10% expecting to sell part of their portfolio in the next couple of years. 40% are first time investors or accidental landlords.

Ian Wilson, Chief Executive of Martin & Co, explained: “With the Chancellor preparing his Autumn Statement as we speak, the results of our Big Landlord Survey 2016 are a timely reminder that concerns are growing amongst the landlord community, and that they’re centred far more around the impact of policy-led changes than Brexit.

These are savvy businesspeople who are simply trying to supplement their income and do the best by their families, and they’re showing real fortitude and cool heads at a time when other sectors are seeing hasty decisions. We’ve all been given the impression that this mortgage relief is designed to catch-out the flashy landlord, but our research shows that 37% of the landlords we polled have an income of under £50,000. These are hard-working people simply looking at enhancing their income and their lives a little, and I’d urge the Chancellor to make sure that they don’t get clobbered yet again.”

Strong rental demand (83%), prospects for capital growth (69%) and achieving target yield (67%) all showed as the most important factors for landlords when choosing their investments, while 75% favour family houses or one to two bed flats. Professional couples were widely preferred to professional sharers.

More than 92% of landlords believe the Government is anti-landlord and are calling for the Chancellor to back them in the Autumn Statement, according to a snap survey by Martin & Co, the UK’s largest lettings and property management franchise business with 190 offices nationwide.

The research  reveals the anger felt by the majority of property investors nationwide, with the most vociferous responses from  people who have been landlords for less than five years and own five or fewer investment properties. 783 landlords took part in the survey.

More than 74% of landlords would like to see this year’s stamp duty changes to be scrapped in the Autumn Statement.  In addition, more than 50% of this group would like the Chancellor to remove punitive changes in mortgage interest tax relief, which comes into force in April 2017.

A majority of landlords surveyed - 61% - felt uncertain about the outlook for the property market in 2017, though the majority of negative responses came from landlords who have owned investment properties for less than five years. The flipside is that long-term landlords feel more secure within the UK buy-to-let sector.

Ian Wilson, Chief Executive, Martin & Co, said: “The Government seems to be set on making life as difficult as possible for property investors, while ignoring the fact that landlords provide essential rental properties in locations where there are housing shortages and no realistic ability to buy. People are relying on the private rented sector to supply property, so we need the Chancellor to back our landlords and encourage them to continue to invest and provide a vital pipeline of homes for people who simply cannot afford to buy.”

One landlord commented: “Why make it more difficult for landlords when the UK has such a shortage of affordable rentable properties? It will just put off landlords.”

Another landlord said: “In a period of housing shortage, the government should be encouraging investment. The policy is flawed because it assumes that everyone wants to buy which, for a variety of reasons, is not true.”

When asked whether the planning system should be changed to encourage more Build to Rent development, the newer landlords were in favour of this, with the largest group in favour based in the South East.

One landlord stated: “Any system which increases the quantity of high quality of rental accommodation must be good for the country.”